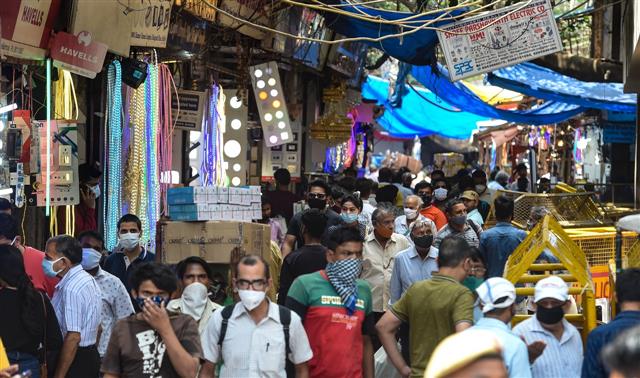 India's popular e-commerce website IndiaMart.com and four other markets, including New Delhi's famous Palika Bazaar, have figured in the latest annual list of the world's notorious markets released by the US Trade Representative.

The 2021 Notorious Markets List released on Thursday identified 42 online and 35 physical markets around the world that are reported to engage in or facilitate substantial trademark counterfeiting or copyright piracy.

The three other Indian markets in the list are Heera Panna in Mumbai, Kidderpore in Kolkata and Tank Road in Delhi.

“This illicit trade also increases the vulnerability of workers involved in the manufacturing of counterfeit goods to exploitative labour practices, and the counterfeit goods can pose significant risks to the health and safety of consumers and workers around the world,” she said.

The USTR report said IndiaMART, an e-commerce website and mobile app that connects buyers with suppliers, describes itself as the world's second largest online business-to-business market. Counterfeit goods can allegedly be found in large volumes on IndiaMART, including counterfeit pharmaceuticals, electronics and apparel.

IndiaMART apparently has a notice-and-takedown system, but right holders report that it is burdensome to use, the time-to-takedown is slow, and the status of notices is not transparently communicated to right holders, the report said.

The USTR said a major indoor market located at the heart of Mumbai, Heera Panna, reportedly offers counterfeit watches, footwear, accessories, and cosmetics. Right holders warn that counterfeit cosmetics sold at this market have health and safety risks. A raid at Heera Panna in September 2021 resulted in arrests for selling counterfeit versions of premium watches.

Locally known as ‘Fancy Market’, Kidderpore allegedly sells counterfeit apparel and cosmetics, often in wholesale quantities. Severe skin problems, rashes, irritation, and eye diseases have reportedly been caused due to the poor quality of the counterfeits, the report said.

Palika Bazaar remains on the notorious market list (NML) in 2021. This underground market in Delhi is seemingly well-known for the trade of counterfeit products, such as mobile accessories, cosmetics, watches and eyewear.

Many shoppers are reportedly students and other young people who want trendy products at cheap prices. The market is also a popular destination for tourists, the report noted.

“Right holders note that conducting enforcement actions at this location is challenging, as the market is located in a residential area and sellers often appear to have advanced knowledge of raids, limiting their effectiveness,” it said.

USTR is an agency of the US government responsible for developing and promoting American trade policy.

USTR first identified notorious markets in the Special 301 Report in 2006. Since February 2011, USTR has been publishing annually the Notorious Markets List separately from the Special 301 Report, to increase public awareness and help market operators and governments prioritise intellectual property enforcement efforts that protect American businesses and their workers.