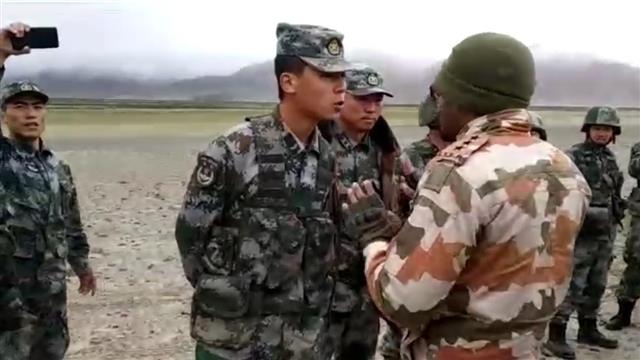 Indian and Chinese militaries held Major General-level dialogue on Thursday for the third consecutive day on disengagement of troops as well as restoration of normalcy in Galwan Valley in eastern Ladakh, official sources said.

Galwan Valley was the site of a violent clash between Indian and Chinese troops on Monday evening that resulted in the death of a colonel and 19 other Indian Army soldiers. Around 18 Indian Army soldiers also sustained serious injuries in the clash.

The talks between the two sides near Galwan Valley ended in a stalemate on Tuesday as well as Wednesday, sources said.

On Wednesday, the two sides discussed ways to implement the disengagement of troops from the region as agreed to during a high-level military dialogue on June 6.

Sending a strong message to China, Prime Minister Narendra Modi on Wednesday said India wanted peace but is capable of giving a befitting reply if instigated.

The clash in Galwan Valley is the biggest confrontation between the two militaries after their 1967 clashes in Nathu La when India lost around 80 soldiers while the death toll on the Chinese side was over 300.

The two armies were engaged in a standoff in Galwan and several other areas of the eastern Ladakh since May 5 when the two sides clashed on the bank of the Pangong Tso.

After the standoff began, the Indian military leadership decided that Indian troops would adopt a firm approach in dealing with the aggressive posturing by the Chinese troops in all disputed areas of Pangong Tso, Galwan Valley, Demchok and Daulat Beg Oldie.

The trigger for the face-off was China's stiff opposition to India laying a key road in the Finger area around the Pangong Tso Lake besides construction of another road connecting the Darbuk-Shayok-Daulat Beg Oldie road in Galwan Valley. PTI