China claims swathes of the SCS; development comes as western nations expand their activity in the Pacific to counter China's influence 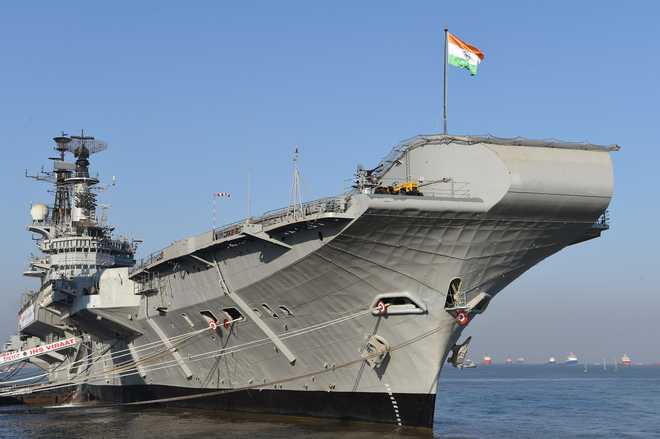 A Task Force of the Indian Navy's Eastern Fleet will proceed on over two months overseas deployment to Southeast Asia, the South China Sea, and the Western Pacific from early August 2021, a statement from the Indian Navy said on Monday.

The deployment of the Indian Navy ships seeks to underscore the operational reach, peaceful presence and solidarity with friendly countries towards ensuring good order in the maritime domain and to strengthen existing bonds between India and countries of the Indo-Pacific, the statement said.

The deployment is in pursuit of India's 'Act East' policy and to enhance military cooperation with friendly countries, it said.

The latter three ships are indigenously designed and are equipped with a versatile array of weapons and sensors, and are Made in India by defence shipyards.

During the deployment in the Indo Pacific, the ships are scheduled to participate in bilateral exercises with the Vietnamese Peoples' Navy, the Republic of Philippines Navy, Republic of Singapore Navy (SIMBEX), and the Indonesian Navy (Samudra Shakti) and Royal Australian Navy (AUS-INDEX).

Further, they would also participate in multilateral exercise MALABAR-21 alongside the Japanese Maritime Self Defence Force, the Royal Australian Navy and the United States Navy in Western Pacific.

The Indian Navy undertakes regular deployments to friendly foreign countries and Indian and the Pacific Ocean regions in furtherance of the Prime Minister's initiative of 'Security and Growth for All in the Region - SAGAR', the statement said.

Further, such engagements build 'Bridges of Friendship' and strengthen international cooperation, it said, adding that these maritime initiatives enhance synergy and coordination between the Indian Navy and friendly countries, based on common maritime interests and commitment towards Freedom of Navigation at sea.

Besides regular port calls, the task group will operate in conjunction with friendly navies, to build military relations and develop interoperability in the conduct of maritime operations.

China claims swathes of the South China Sea and has established military outposts on artificial islands in the waters that contain gas fields and rich fishing.

The US Navy, in a show of force against the Chinese territorial claims, regularly conducts so-called "freedom of navigation" operations in which their vessels pass close by some of the contested islands. China in turn objects to the US missions, saying they do not help promote peace or stability.

Washington has put countering China at the heart of its national security policy and seeks to rally partners against what it says are Beijing's increasingly coercive economic and foreign policies.

India’s military deployment also comes on a day when Germany sent a warship to the South China Sea for the first time in almost two decades, joining other Western nations in expanding its military presence in the region amid growing alarm over China's territorial ambitions.

Officials in Berlin have said the German navy will stick to common trade routes. The frigate is not expected to sail through the Taiwan Strait either, another regular US activity condemned by Beijing.

Countries including Britain, France, Japan, Australia, and New Zealand, have also been expanding their activity in the Pacific to counter China's influence.