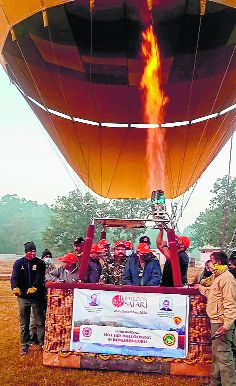 Shah said the activity would be restricted to the buffer area and people could watch tigers, leopards, Indian sloth bear and other wild animals from a height.

He said the state was planning to introduce this service in Pench, Kanha and Panna tiger reserves as well.

The service is being operated by Jaipur-based Sky Waltz and company official Jai Thakur said it was hoping for a good response from tourists. — PTI