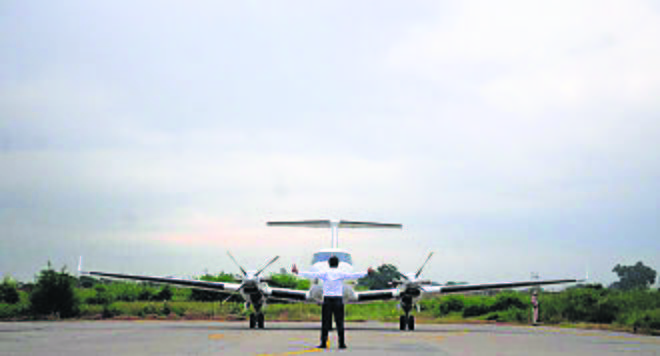 As the global airlines body, International Air Transport Association (IATA), says India’s domestic passenger air traffic was lower by 49.6 per cent in November last year in comparison to the corresponding month in 2019.

As the global airlines body, International Air Transport Association (IATA), says India’s domestic passenger air traffic was lower by 49.6 per cent in November last year in comparison to the corresponding month in 2019, Secretary Civil Aviation Pradeep Singh Kharola has expressed hope that in the next two to three months the sector is expected to return to normal.

In its one of the latest reports, IATA said, “In India, domestic Revenue Passenger Kilometres (RPKs) contracted by 49.6 per cent November. Fall in October was 55.6 per cent. A further improvement is expected in the near term as more schools and businesses reopen.” The IATA, which represents around 290 airlines comprising 82 per cent of global air traffic, measures passenger growth in RPKs terms, which is calculated by multiplying the number of passengers to the distance travelled by them.

Kharola on his part, while addressing a webinar organised by the FICCI, said in the next two to three months, the domestic civil aviation sector is expected to return to normal.

“The sector remained resilient during the pandemic, but I don’t think that the bad period is over. It will take the next two to three months for the country’s domestic civil aviation sector to return to normal. Big countries like India, which have huge domestic market, are where future of the aviation lies,” the secretary said.

New Delhi: With an Air India flight carrying 256 passengers from the UK landing here on Friday, the passenger civil aviation operations between the two countries have partially resumed. The service remained suspended for 16 days. TNS