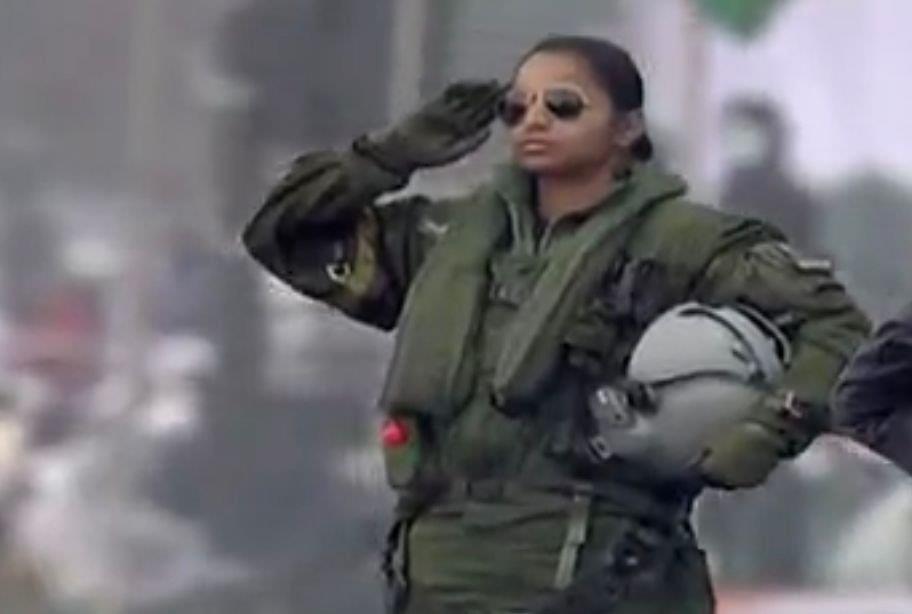 Singh, who is from Varanasi, joined the IAF in 2017 and was commissioned in the IAF's second batch of women fighter pilots. She had been flying MiG-21 Bison aircraft before flying the Rafale.

She is part of the IAF's Golden Arrows squadron based out of Ambala in Haryana.

The IAF tableau was based on the theme -- 'Indian Air Force transforming for the future'. Scaled down models of Rafale fighter jet, indigenously developed light combat helicopter (LCH) and 3D surveillance radar Aslesha MK-1 were part of the float.

It also featured a scaled down model of MiG-21 aircraft that played a major role in the 1971 war in which India defeated Pakistan, leading to the creation of Bangladesh, as well as a model of India's first indigenously developed aircraft Gnat.

The first batch of Rafale fighter jets arrived on July 29, 2020, nearly four years after India signed an inter-governmental agreement with France to procure 36 aircraft at a cost of Rs 59,000 crore.

So far, 32 Rafale jets have been delivered to the IAF and four are expected by April this year.