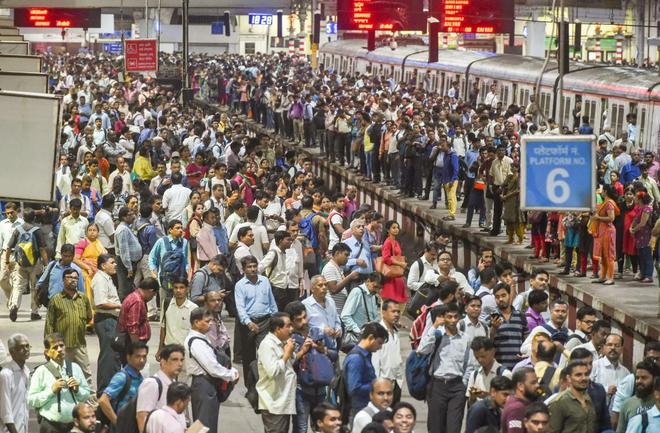 India’s urban population is estimated to stand at 675 million in 2035, the second highest behind China's one billion, the UN has said in a report, noting that after the covid-19 pandemic, the global urban population is back on track to grow by another 2.2 billion by 2050.

The United Nations-Habitat’s World Cities Report 2022, released on Wednesday, said rapid urbanisation was only temporarily delayed by the covid-19 pandemic.

The global urban population is back on track to grow by another 2.2 billion people by 2050, it said.

By 2035, the percentage of population in India at mid-year residing in urban area would be 43.2 per cent, it said.

The report said very big economies like China and India had a large share of the world's population and their development trajectories had greatly influenced global inequality.

“In Asia, in the last two decades, China and India experienced rapid economic growth and urbanisation, which led to a massive reduction in the number of people living in poverty,” it said.

The report said that with existing urban populations continuing to grow naturally through rising birth rates, particularly in lower income countries, the urban population is forecast to grow from 56 per cent of the global total in 2021 to 68 per cent by 2050.

The large-scale flight from major cities in the early stages of the covid-19 pandemic to the perceived safety of the countryside or smaller towns was a short-term response that would not alter the course of global urbanisation.

Despite greater incidence of the virus in urban areas and the economic difficulties created by the pandemic, cities are once again serving as beacons of opportunity to people in search of employment, education and training or taking refuge from conflict, it said.

The report said that “cities are here to stay, and the future of humanity is undoubtedly urban”, though it says that levels of urbanisation are uneven, with growth slowing in many high-income countries.

“That entails numerous challenges, which were further exposed and exacerbated by the pandemic. But there is a sense of optimism that covid-19 has provided us with the opportunity to build back differently. With the right policies and the right commitment from governments, our children can inherit an urban future that is more inclusive, greener, safer and healthier.

“We must start by acknowledging that the status quo leading up to 2020 was in many ways an unsustainable model of urban development, and take the best practices learned in our responses to covid-19 and the climate crisis,” it said.

The report said that urban poverty and inequality remain one of the most intractable and highly complex problems confronting cities.

“The notoriously overcrowded slums in Mumbai, India; Nairobi and Rio de Janeiro; chronic homelessness in London; and persistent concentrated poverty in Baltimore, US, all send one clear message to policymakers: tackling urban poverty and inequality is one of the key priorities for building inclusive and equitable urban futures,” the report said.