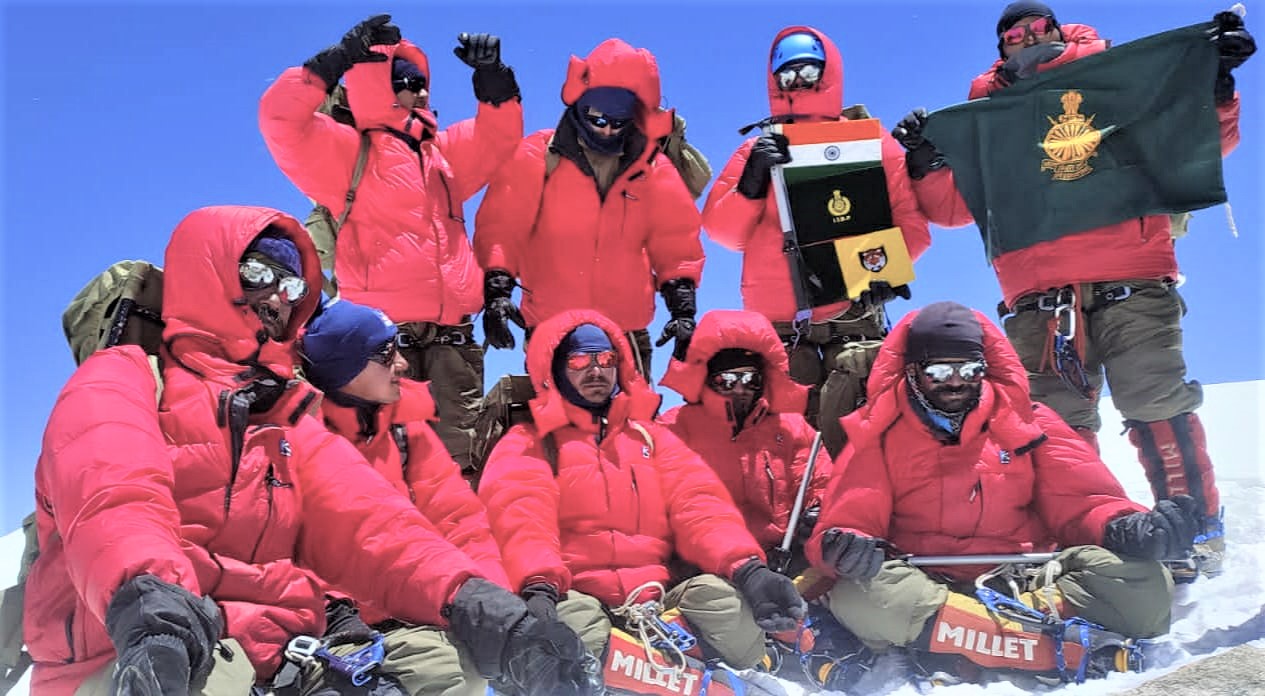 An Indo-Tibetan Border Police (ITBP) mountaineering team has scaled Mount Abi Gamin located at an altitude of 24,131 feet in Uttarakhand.

The expedition, undertaken by the ITBP’S Northern Frontier, was launched from Dehradun on May 9 and the team returned to the base camp yesterday. The team, led by Deputy Commandant Kuldeep Kumar of the 2nd Battalion, comprised 14 personnel, including two Assistant Commandants, and four local sherpas. Abi Gamin is located in the central Himalayas at the culminating point of the Zaskar range.