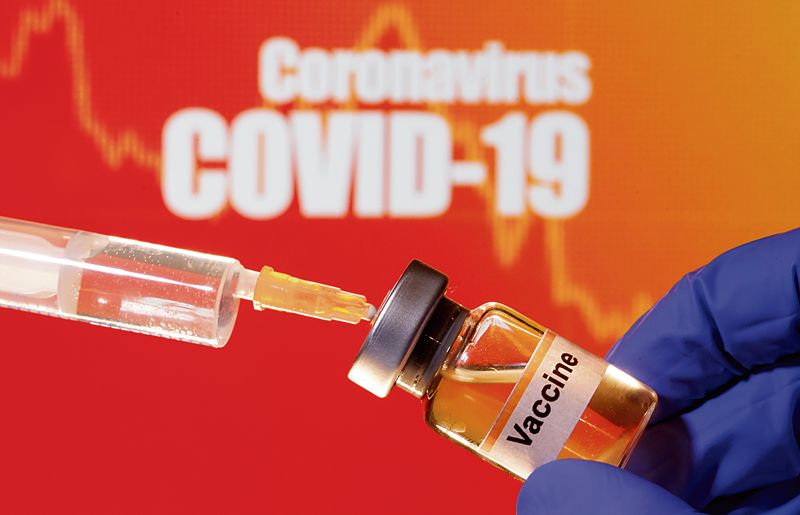 The Centre today said two-thirds of the country’s 94 crore adults had received at least one dose of the Covid-19 vaccine and nearly one-fourth had received both doses in a significant ramp-up of the inoculation drive even as it warned that the second wave wasn’t over.

To expand vaccination coverage, the government today announced it had approved home vaccination for people who could not visit centres due to illness or disability.

“Such persons will be administered vaccines at home under supervision,” NITI Aayog member VK Paul said. India saw 31,923 new cases on Thursday with Health Secretary Rajesh Bhushan warning that the “second wave has not yet concluded.” 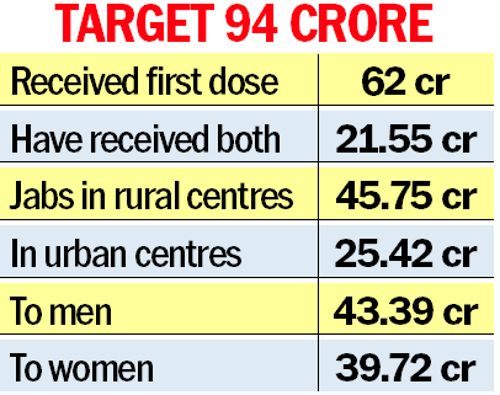 “We are in the midst of a second surge even while we may be witnessing a decline. Covid-appropriate behaviour has to be maintained at all times and the vaccine rate has to be expanded,” he added. Even today 33 districts have over 10% plus positivity with 13 districts from Kerala alone. Among 23 districts with 5 to 10% positivity, two – Bilaspur and Mandi – are from Himachal. On vaccination, government data shows 62 crore people have received the first dose and 21.55 crore have received both.

Between May 1 and September 22, only 6% of all doses were administered in private centres. On an average, India administered 82 lakh average doses daily in September. As the government scaled up the vaccination, ICMR Director General Balram Bhargava said festivities must be observed within families only; mass gatherings and non-essential travel related to festivity and holidays should be avoided for the next few months.