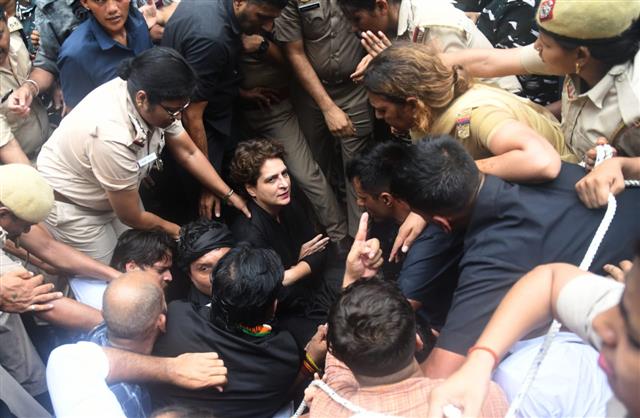 Amid the multi-layered security arrangements outside the Congress party headquarters in the national capital on Wednesday, the party workers staged an intense protest that was led by Priyanka Gandhi Vadra.

The police had placed several barricades to stop the Congress workers from taking out any kind of march towards the Prime Minister's residence.

As per latest reports, the party workers, raising slogans against the Central government, are continuously attempting to cross those barricades.

Priyanka Gandhi, refusing to budge, crossed the 3-feet tall barricade after jumping it. As she tried to move forward, she was stopped by the women police personnel and subsequently the Congress General Secretary sat in the middle of the road in protest.

Till now several party leaders, including Sachin Pilot have been detained by the police.