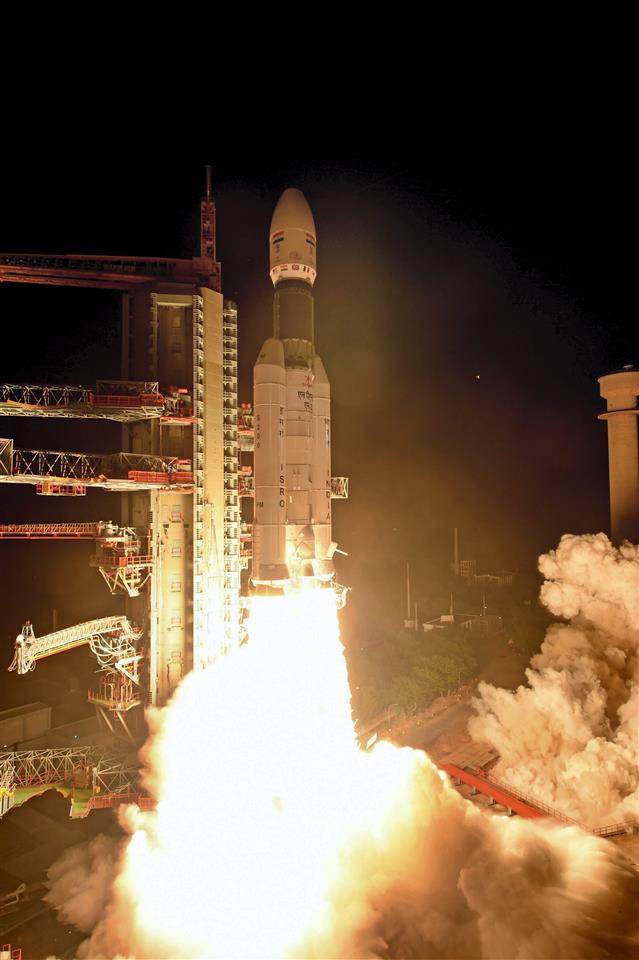 An Indian Space Research Organisation (ISRO) mission on Sunday announced India’s entry into the heavy-lift launch market with a bang.

The country is proud of our scientists and their showcasing of the nation’s indigenous capabilities. Congratulations! — Droupadi Murmu, President

Launched from Sriharikota at 00:07 am

OneWeb plan is to have a fleet of 648 low earth orbit satellites to deliver high-speed, low-latency Internet connectivity worldwide

Using the GSLV Mk-III rocket (renamed LVM3 by ISRO for the mission), the space agency successfully placed into space multiple satellites weighing about six tonnes in all.

“The LVM3-M2 OneWeb India-1 mission is completed successfully. All 36 satellites have been placed into intended orbits,” ISRO later said in a tweet.

The 43.5-m-tall rocket, carrying 36 satellites belonging to the UK-based communication company, OneWeb, took off from the second launch pad of the spaceport at Sriharikota near Chennai at seven minutes past midnight on Sunday. The satellites were released in the low earth orbit in batches of four each.

There was a break after 16 satellites were released.

Appearing before mediapersons at Sriharikota during the break, ISRO chairperson S Somnath said, “I want to tell you that this is a very slow process of separation (of satellites). At this moment, let me tell you that 16 have been separated very safely, as we expected, and the remaining 20 satellites will be separating when we will not be able to see it from this place. The data will come a little later and the mission operation of observing the separation is continuing. I am hopeful that the remaining 20 satellites will also get separated as safely as it did for the first 16”.

Describing the mission as “historic”, Somnath noted that this was the first “operational mission of the LVM3 that has gone commercial”. The ISRO chairperson said Prime Minister Narendra Modi was keen that the GSLV Mk-III enter the commercial market to take advantage of the burgeoning demand for launch services.

“OneWeb’s satellites separated successfully from the rocket and were dispensed in nine phases over a period of one hour and 15 minutes, with signal acquisition on all 36 satellites confirmed”, ISRO later said in a statement.

The launch was undertaken as part of the commercial arrangement entered into by NewSpace India Limited (NSIL), a central public sector undertaking under the Department of Space, and OneWeb, in which India’s Bharti Enterprises serves as a major investor.

ISRO described the deal as “one of the biggest commercial orders”.

Sunil Bharti Mittal, Executive Chairman of OneWeb, who was present at Sriharikota, said, “I am proud to be here in Sriharikota with our partners ISRO and the NSIL.”