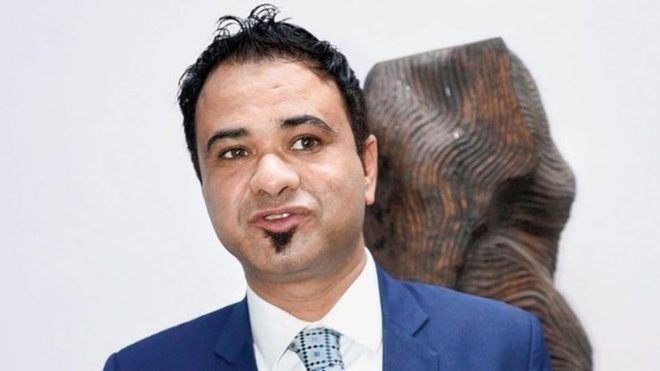 Kafeel, in the letter to his family, has written, "With just one attached toilet and 125-150 inmates, the smell of their sweat and urine mixed, with unbearable heat due to electricity cuts, makes life hell over here. A living hell indeed."

A four-page hand-written letter by suspended Gorakhpur doctor, Kafeel Khan, has stirred up a hornet's nest.

The letter, which narrates the 'hellish' conditions of the Mathura prison where he is presently lodged for participating in anti-CAA protests, claims that about 150 inmates are sharing a toilet.

Mathura jail senior superintendent Shailendra Maitri, on the other hand, has questioned the veracity of the letter.

"Kafeel denies having written any letter. We screen all the outgoing mails, and did not see any such letter written by Kafeel. And after the lockdown began, no one has been allowed to meet the inmates. So, how did the alleged letter go out?" he asked.

Kafeel, in the letter to his family, has written, "With just one attached toilet and 125-150 inmates, the smell of their sweat and urine mixed, with unbearable heat due to electricity cuts, makes life hell over here. A living hell indeed."

He further wrote, "I try to read but cannot focus due to suffocation. Sometimes I feel that I might fall due to dizziness. The entire barrack seems like a fish market full of all kinds of smells. People are coughing, sneezing, farting, urinating and sweating. Some people snore, some fight, some scratch themselves." The doctor also questioned his detention. "Why am I being punished? When will I be able to see my children, my wife, my mother and my brothers and sister? When will I be able to fulfil my duties as a doctor in fighting the menace of Coronavirus?" he asked.

Kafeel's brother Adeel Ahmad Khan, said that the letter was written by Kafeel on June 15 and had reached them on July 1.

Adeel claimed that the letter was sent by post.

Kafeel Khan was booked for his alleged inflammatory remarks at an anti-CAA protest at Aligarh Muslim University (AMU) on December 13, 2019.

He was arrested from Mumbai on January 29 this year and was granted bail on February 10 by a court in Aligarh.

But, on February 13, the UP government invoked the National Security Act (NSA) against him, ensuring that he remains behind the bars.

Kafeel Khan first hit the headlines in August 2017 when he was blamed for the deaths of 30 children due to oxygen shortage in the BRD Medical college in Gorakhpur.

He remains suspended from service even though he was cleared of the charges in a departmental inquiry.