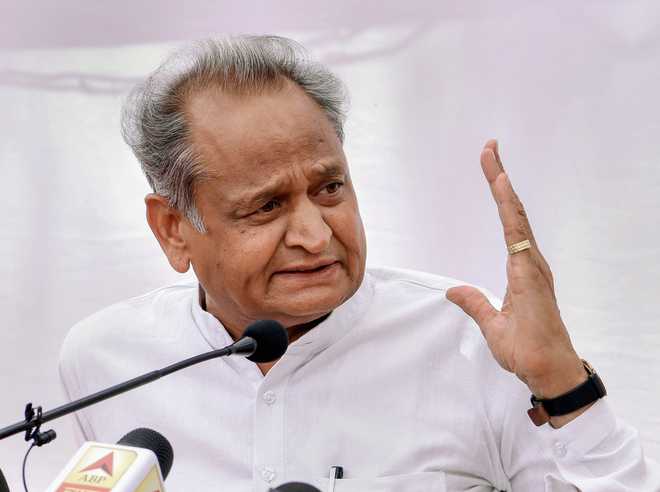 For the time being, the political storm building up in the desert state of Rajasthan blew away. Chief Minister Ashok Gehlot held his fort what with the legislature party backing the veteran Congress leader in this time of crisis.

Gehlot, known as “Jadugar” for having learnt the art of magic, demonstrated that majority of the legislators remained on his side, with three central observers, including Rahul Gandhi’s confidante KC Venugopal, pointsman on tricky missions Ajay Maken and chief spokespersons Randeep Surejwala watching over the proceedings. The political tug of war between the Chief Minister and his young deputy Sachin Pilot was the worst kept secret in the Congress. Eager to be at the helm, the young Pilot kept making moves to push the envelope since the Assembly results were out two years ago.

Flapping his wing in order to create space for himself in the landscape dotted by Gehlot and his loyalists, ambitious Pilot remained in a unique position of being the Deputy CM and Pradesh Congress Chief, a post he holds for six years.

While his hard work in the field did play a role in re-building the fortunes of the party in Rajasthan, where it lost power in 2013, the veteran Gehlot demonstrated he was no pushover when the results were out in 2018 bringing the party back to power.

It is easy to characterise the tussle as old guard versus the young leaders and will resurface sooner than later. On one hand Pilot holds a grouse that Gehlot has pushed him to the margins and virtually ignored him and on the other, the young politician feels that it is time he steers the state.

The underlying reason for what is playing out in Rajasthan, earlier in Madhya Pradesh or recently in Manipur, is the weak presence of the party central leadership. Ever since Rahul Gandhi walked away from the presidentship after the 2019 Lok Sabha debacle, Sonia Gandhi remains an interim president. Decision appears ad hoc or taken on the need basis.

The writ of what was euphemistically described in the Congress as “high command” does not run and given the domineering presence of the BJP as a national political party, the Grand Old Party looks but a pale shadow of an organisation to tackle any internal and external challenge.

As Gehlot demonstrates his hold, Pilot would require more dexterous walk on the political minefield for after this attempt to destablise the government, he renders himself vulnerable and open to greater suspicion.