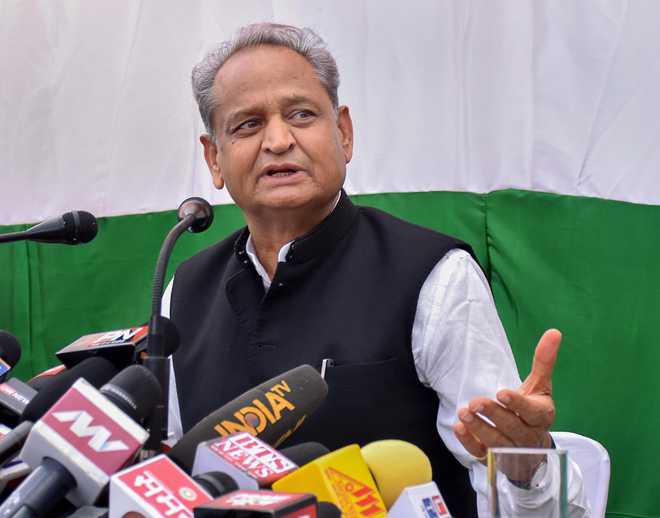 The open rebellion by MLAs close to Rajasthan Chief Minister Ashok Gehlot has put a question mark on whether he will still run for the Congress president's post or someone else will replace him as a candidate supported by the current leadership.

Congress president Sonia Gandhi had on Monday sought a written report on the revolt in Rajasthan from party observers Mallikarjun Kharge and Ajay Maken as the chances of Gehlot becoming the party chief receded and other names cropped up for the post.

Kharge and Maken, who were sent as observers to Jaipur for a Congress Legislature Party (CLP) meeting, briefed Gandhi after their return to Delhi and termed the parallel meet held by Gehlot loyalists as "indiscipline".

They are expected to recommend disciplinary action against those behind the move, including minister Shanti Dhariwal and Rajasthan Congress chief whip Mahesh Joshi.

Gehlot loyalists had submitted resignation letters to Assembly Speaker CP Joshi on Sunday evening, in an apparent bid to put pressure on the central leadership to pick someone from the Gehlot camp as CM if the veteran leader is elected the party president.

The loyalist MLAs indicated that they were against the appointment of Sachin Pilot, who led a rebellion against Gehlot in 2020, to the post.

On Monday, Gehlot loyalist Dhariwal accused Maken, AICC in-charge for Rajasthan, of being involved in a conspiracy to remove Gehlot as chief minister and alleged he was canvassing for Pilot.

Sonia Gandhi is reportedly "upset" over the Rajasthan developments as Gehlot was being considered as her successor for the top post. Sources said Gehlot told the two observers that he is not behind the Jaipur development and the MLAs involved in it were not listening to him.

Congress leader Kamal Nath, who met Sonia Gandhi on Monday, ruled himself out as a candidate.

Kharge and Maken are likely to submit their report to Gandhi about the crisis in the party's state unit by Wednesday.