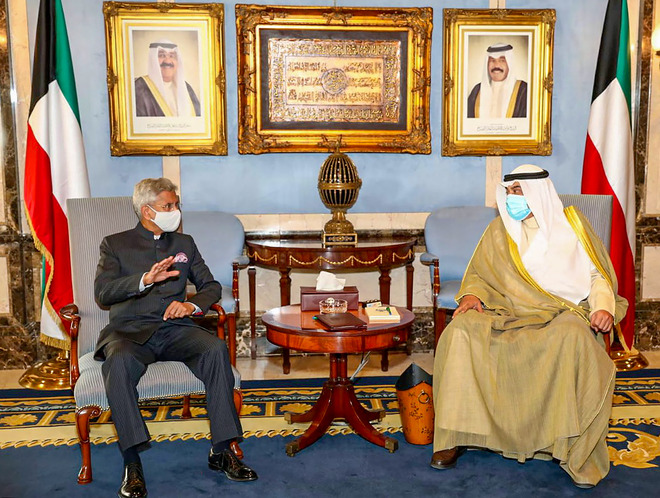 Jaishankar, who arrived in Kuwait on his first bilateral visit to the oil-rich Gulf nation early on Thursday, also appreciated Commerce Minister Dr Abdullah Issa Al-Salman who was present during the talks.

He said the agenda of talks included health, food, education, energy, digital and business cooperation. “Agreed to review progress with early meeting of our joint commission,” he tweeted.

The two sides also signed a memorandum of understanding (MoU) that will give Indian workers greater legal protection in Kuwait.

“Welcomed the openness to address the issues of Indian community in Kuwait. Witnessed signing of a MoU that will give our workers greater legal protection. Launched the celebration of 60th anniversary of our ties,” Jaishankar tweeted.

Kuwaiti Foreign Minister Sheikh Ahmed visited India in March during which both sides decided to set up the joint commission. — PTI