The External Affairs Minister slams the mainstream American media, including The Washington Post 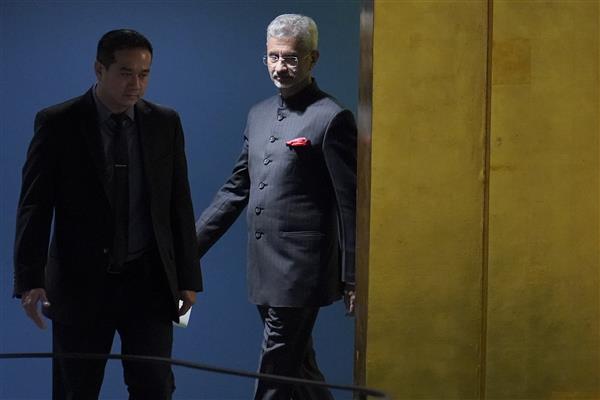 S Jaishankar in the US. AP/PTI

External Affairs Minister S Jaishankar has slammed the mainstream American media, including The Washington Post, for their "biased" coverage of India.

“I look at the media. You know, there are some newspapers you know, exactly, what they are going to write including one in this town,” Jaishankar told a gathering of Indian-Americans from across the country amidst laughter and applause on Sunday.

The prestigious Washington Post is the national daily published from Washington DC and is currently being owned by Jeff Bezos of Amazon.

"My point is there are biases, there are efforts really, to determine,...Look, the more India goes its way and the people who believe that they were the custodians and the shapers of India lose ground in India the more actually, some of these debaters gonna come outside," Jaishankar said responding to a question on the increase in anti-Indian forces in this country.

Such groups, he asserted, are "not winning in India". Such groups, the minister noted, would try and win outside or try and shape India from outside.

"This is something which we need to be aware of. It is important to contest. It isn't because most Americans will not know what sort of the nuances and the complexities of back home, so, it's important not to sit back, not to let other people define me. That is something which I feel as a community is very important for us," he said.

Responding to a question on misrepresentation of the Kashmir issue in the American capital, Jaishankar said if there is a terrorist incident, it doesn't matter what faith the person who's killed belongs to.