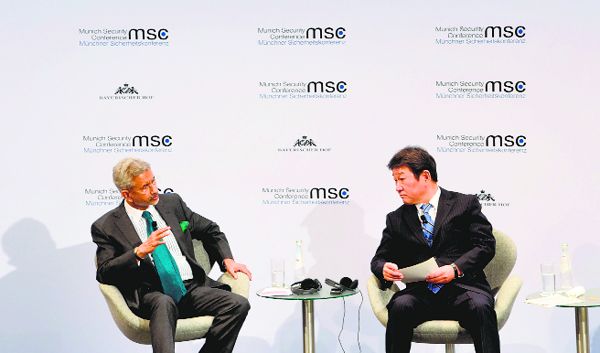 A meeting on Monday between External Affairs Minister S Jaishankar and his counterparts in the European Union will decide the dates for Prime Minister Narendra Modi’s visit to Brussels.

The EU has let it be known that the India-EU summit, taking place after a gap of over two and a half years instead of being an annual ritual, will be held in Brussels on March 13. But Jaishankar will be keen to ensure that while India and EU promote trade and economy, there are no political embarrassing moments over Kashmir and the Citizenship Amendment Act (CAA). As a result, India has refrained from announcing the dates of PM Modi’s visit, said sources here.

South Block is aware of the heavy lifting it had to do along with the expatriate Indian community to avert a potentially embarrassing vote by the European Parliament criticising the CAA. Over 600 MEPs (Members of European Parliament) were initially backing six resolutions against the CAA. After Indian diplomacy set to work, the resolution was withdrawn. New Delhi then worked on the remaining MEPs who had bunched the five remaining resolutions into a joint resolution. To India’s relief 271 of the 483 MEPs in the House voted to delay a vote on the resolution till March. Jaishankar will be keen to ensure the vote doesn’t come about if EU is to step up economic and defence ties with India.

India has since then tried to showcase normalcy in Kashmir by conducting a tour of two batches of diplomats. Envoys from countries such as Afghanistan and Uganda have been effusive about the situation but those from the European Union and Germany were guarded and did not give an unqualified approval.