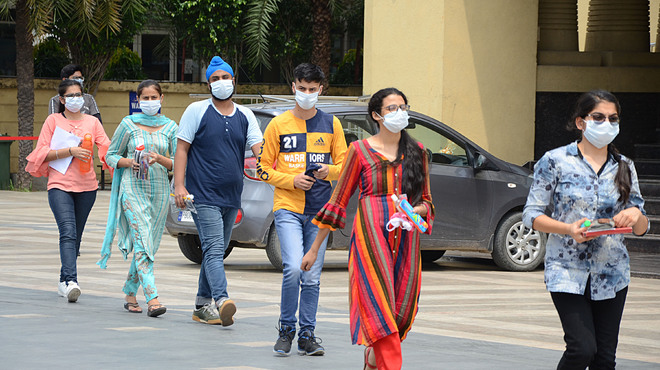 Engineering entrance exam JEE-Mains scheduled to be held from April 27-30 has been postponed in view of the COVID-19 situation, Union Education Minister Ramesh Pokhriyal 'Nishank' announced on Sunday.

"Given the current #covid19 situation, I have advised @DG_NTA to postpone the JEE (Main) – 2021 April Session. I would like to reiterate that safety of our students & their academic career are @EduMinOfIndia's and my prime concerns right now," Nishank tweeted.

According to an official order by the National Testing Agency (NTA), "looking at the present situation of COVID-19 pandemic and also taking into account the safety and well being of candidates and examination functionaries, it has been decided to postpone JEE-(Main) April session".

"The revised dates will be announced later on and at least 15 days before the examination," the order said.

Starting this year, the exam will be conducted four times a year to offer flexibility to students and a chance to improve their scores. While the first phase was conducted in February followed by the second phase in March. The next phases were scheduled to be held in April and May.

As per the policy, after the February, March, April, and May Session of JEE(Main)-2021 Exam, the ranks of the candidates will be released taking into consideration the best of the four NTA scores.

Earlier this week, the CBSE had cancelled class 10 board exams and postponed class 12 exams in view of the exponential rise in cases. The CISCE board followed the move besides several state boards who have either cancelled or postponed board exams.

A record single-day rise of 2,61,500 coronavirus infections has taken India's total tally of COVID-19 cases to 1,47,88,109, while active cases have surpassed the 18-lakh mark, according to Union Health Ministry data updated on Sunday.