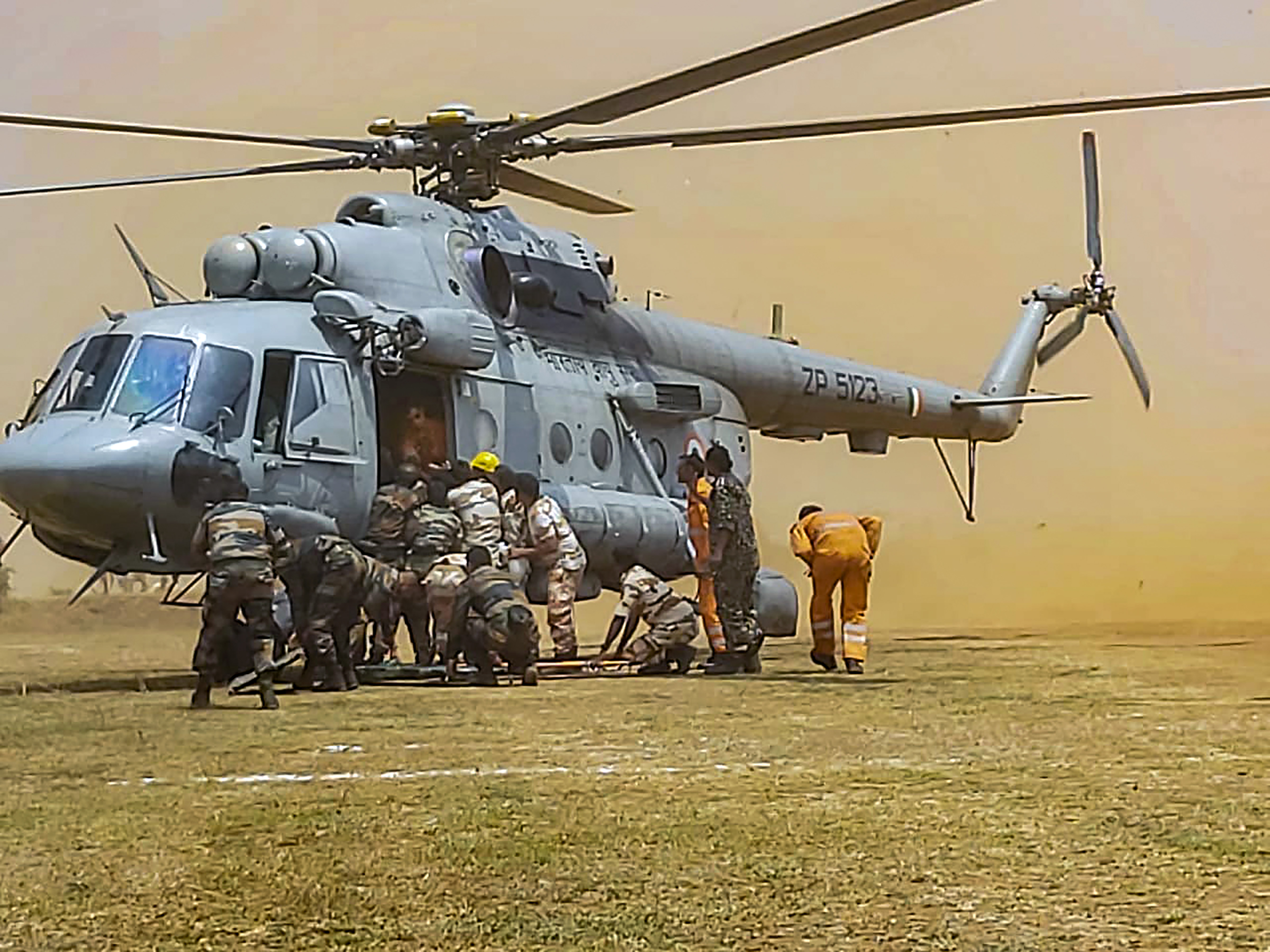 ITBP and NDRF personnel during a rescue operation after the collision of two cable cars at Trikut ropeway in Deoghar. PTI

The number of casualties in the Jharkhand ropeway accident today went up to three after one more person fell off a helicopter when she was being pulled by rescuers.

Garud commando volunteers to stay back with 2 kids

According to officials, who were part of the rescue team, all tourists trapped in cable cars in Deoghar district have been evacuated.

Fourteen of the remaining 15 tourists, who were trapped mid-air on a ropeway at Trikut hills for around 40 hours, were rescued by Indian Air Force, which brought the operations to the end.

“Of the remaining 15 persons trapped in cable cars, 14 have been rescued while a woman fell off the chopper during the course of rescue operation,” Additional Director General of Jharkhand Police RK Mallick is reported to have said.

Deoghar Civil Surgeon CK Shahi said the woman, identified as 60-year-old Shobha Devi, has been declared brought dead when she reached the hospital. He also informed that all rescued persons have been sent to hospital for a check-up.

The rescue operation was conducted jointly by the IAF, Army, Indo-Tibetan Border Police, National Disaster Response Force and the district administration. Food and water were supplied to the stranded people using drones.

Chief Minister Hemant Soren has announced a probe into the incident. “The state government is keeping a close watch on the situation,” he said.

The Trikut ropeway, according to the Jharkhand Tourism Department, is India’s highest vertical ropeway. It is around 766-m long.

Meanwhile, the Indian Air Force (IAF) said it put to service two Mi-17V5, one Mi-17, one Advanced Light Helicopter and one Cheetah to fly more than 26 hours towards this effort. (PTI inputs)