After a series of meetings, coalition partners JMM, Congress and RJD in a joint press conference urge Governor Ramesh Bais to clear the confusion prevailing in the state for the past few days 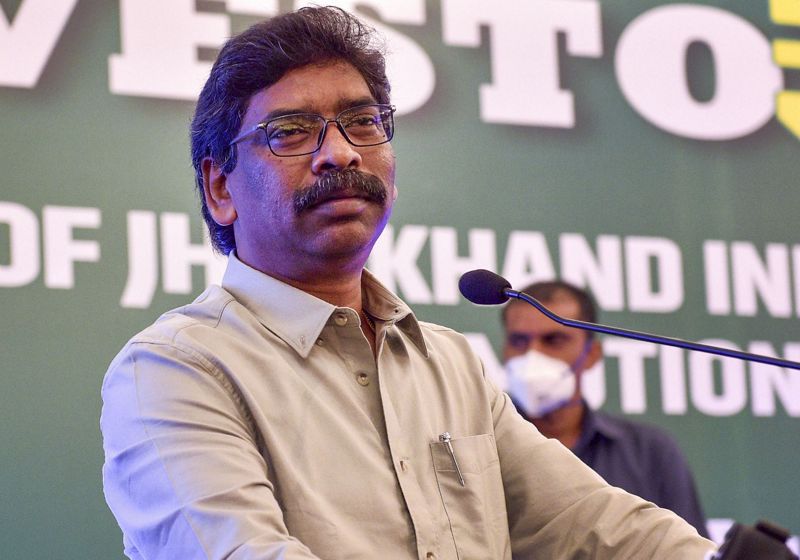 As the suspense over whether Hemant Soren can remain the Jharkhand chief minister continues, the UPA charged the governor with encouraging political horse-trading by "deliberately delaying" announcing a decision on the CM's membership of the legislature.

After a series of meetings, coalition partners JMM, Congress and RJD in a joint press conference urged Governor Ramesh Bais to clear the confusion prevailing in the state for the past few days.

“If there is any report from the Election Commission (ruling Soren should lose legislature membership on account of a mining lease renewal during his last term as CM), the governor should make it public and announce his decision. Developmental works are being hampered due to the confusion,” senior JMM MLA and minister Champai Soren told reporters on Sunday.

Stating that the ruling coalition is ready to face any situation, Congress leader and minister Banna Gupta requested the Governor to clear the confusion.

Later, in a joint statement, the UPA MLAs said, “Does Raj Bhavan want to fuel horse-trading by buying time (in making the decision public)? ... What is the legal advice that he is not able to take? This is an insult to democracy and the people."

Raj Bhavan sources maintained that Bais is likely to take a call on the matter on Monday.

The CM's party Jharkhand Mukti Morcha suspects that the BJP may make a serious attempt to poach MLAs from it and the Congress in a bid to topple the government in a manner “similar to Maharashtra”.

“We have seen how the dignity of the post of governor was degraded in Maharashtra and other states. This is unfortunate…. It is very sad that an outside gang is operating in the state," the statement read.

The UPA legislators also claimed that the BJP was unable to digest a tribal chief minister.

The statement urged the governor to "avoid pushing the state towards chaos...The Constitution has given the responsibility of protecting the rights of Adivasis-Dalits to you".

Reacting to the statement, BJP state president and MP Deepak Prakash said, “Law will take its own course.”

The ruling coalition has 49 MLAs in the 81-member Assembly.

Following a petition by the BJP seeking the CM's disqualification from the Assembly in an office-of-profit case, the EC has sent its decision to the state governor on August 25. Though the EC's decision is not yet made official, there was a buzz that the poll panel has recommended Hemant Soren's disqualification as an MLA.