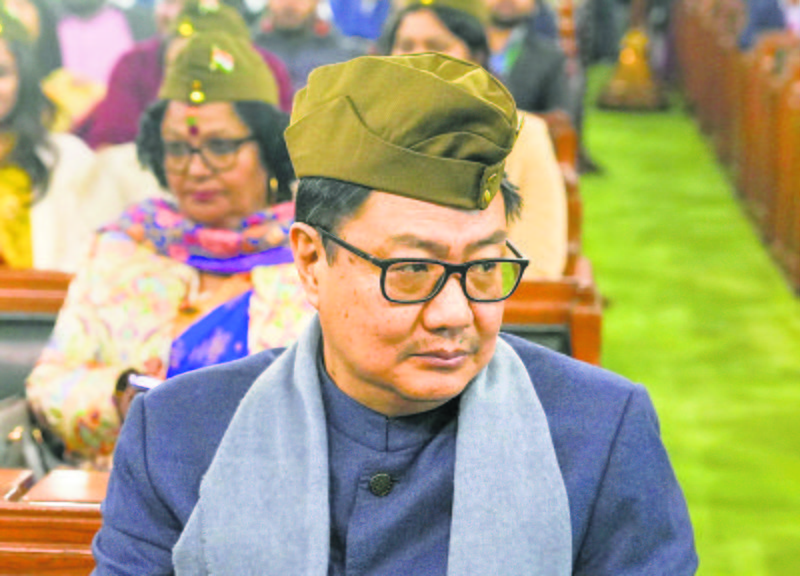 The government appears to be relentless in its attempts to question the judiciary over its functioning. Having endorsed the view of former Delhi High Court Judge RS Sodhi that the Supreme Court “hijacked” the Constitution by deciding to appoint judges itself, Law Minister Kiren Rijiju on Monday said “judges were being judged by the people even though they didn’t contest elections”.

Wrong to think system will be forever

It will be wrong to think that the existing system will carry on forever and it will never be questioned. Kiren Rijiju, Law Minister

Do not shoot from my shoulder

I thank the Law Minister for raising the issue, but I am not a political person. Don’t shoot the gun from my shoulder. This is my personal opinion that the Collegium system is unconstitutional.

“Once they become judges, they don’t face elections; there is no public scrutiny of judges,” Rijiju said even as he sought to remind them that their actions and judgments were under public scrutiny. “People are watching you (judges)... the judgments you give… how you work... How you dispense justice… In this age of social media, you can’t hide anything,” the Law Minister said at a function organised by the Delhi Bar Association.

Noting that there have been several changes since 1947, Rijiju said it would be wrong to think that the existing system would carry on forever and it would never be questioned. The Law Minister, who has been attacking the Collegium system of appointing judges for being “alien” to the Constitution, said it’s the changing situation that dictated the need for change and that’s why the Constitution had to be amended more than a hundred times.

Rijiju had earlier shared a video of Justice Sodhi’s interview in which the retired Delhi High Court judge said the right to frame laws was with Parliament. Describing the statement as the “voice of a judge”, the Law Minister had said the majority of the people held similar “sane views”.

On Monday, Justice Sodhi asked Rijiju not to shoot off his shoulder. “I thank the Law Minister for raising the issue, but I am not a political person. Don’t shoot the gun off my shoulder. This is my personal opinion that the Collegium system is unconstitutional. There should be a secretariat in high courts and Supreme Court,” Justice Sodhi told a TV channel. “How can it be that some judges get together to appoint judges? How can two or three judges decide together? The Collegium system has failed…,” Justice Sodhi said even as he maintained that constitutional bodies should avoid public criticism on appointment of judges. Days after Vice-President Jagdeep Dhankhar questioned the doctrine of basic structure propounded by the Supreme Court in the Kesavananda Bharati case in 1973, Chief Justice of India DY Chandrachud had on Saturday described the landmark verdict as the North Star which guided its interpreters and implementers alike when the path looked convoluted.