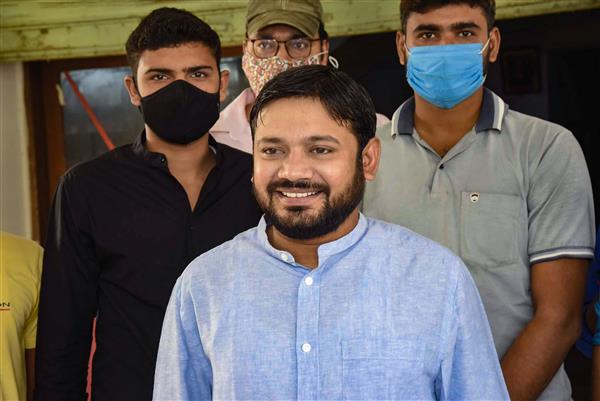 Former JNUSU president Kanhaiya Kumar along with independent Gujarat MLA Jignesh Mevani will join the Congress on September 28, sources close to the CPI leader and Mevani have confirmed.

The Congress has decided to make it a high-profile induction with the presence of senior leader Rahul Gandhi during the joining of both the leaders. The day coincides with the birth anniversary of Shaheed Bhagat Singh.

Both the leaders have switched off their cell phones and only phones of those close to them are working.

Both the leaders had met Rahul Gandhi recently and sources say talks have been finalised between these leaders and the Congress. The Congress wants to rope in these two ahead of Assembly polls, particularly Mevani, before the Gujarat polls for their oratory and crowd-pulling capabilities.

Mevani is an independent MLA in Gujarat and has won election with the support of the Congress. The trio of Alpesh Thakor, Hardik Patel and Mevani was with the Congress in the 2017 elections when the Congress did put up a good show but could not win election and now the Congress wants to rope in Mevani ahead of polls while Alpesh has joined the BJP.

Sources in the Congress say that he has been meeting Rahul Gandhi in the past and the offer to join the party has been pending since the last Lok Sabha polls.

Sources said that during the talks in the past, Kanhaiya Kumar had emphasised on having his own team to work in Bihar in order to start a movement and then gradually take it to the national level.

The Congress in Bihar in the recent Assembly polls was almost routed. It could manage to win just 19 seats out of 70 it contested in alliance with the RJD and its performance was considered one of the reasons for the defeat of the grand alliance. IANS