Keen to avoid flare-up, farmer unions call off ‘chakka jam’ in UP, Uttarakhand : The Tribune India

Keen to avoid flare-up, farmer unions call off ‘chakka jam’ in UP, Uttarakhand 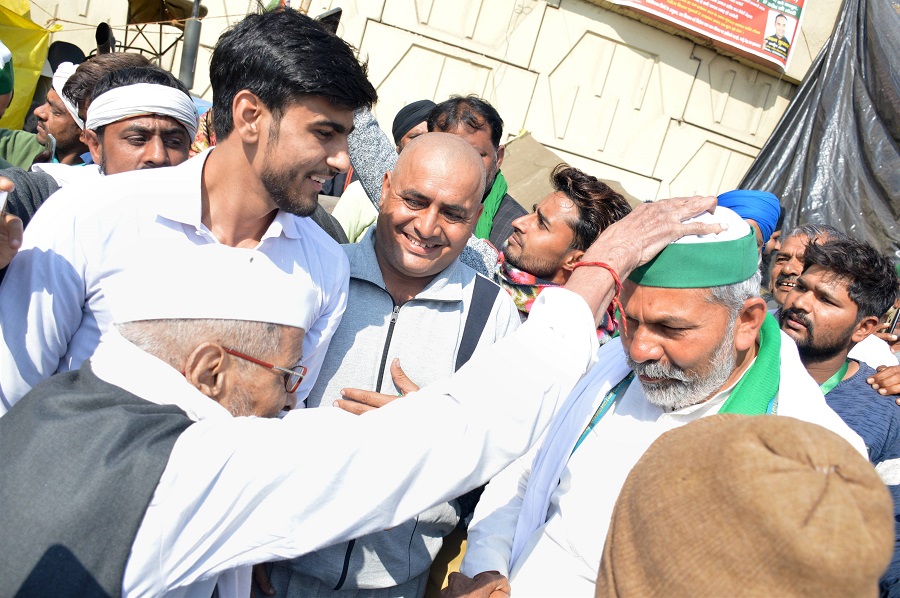 The farm unions have decided that there will be no ‘chakka jam’ in Uttar Pradesh and Uttarakhand. The Samyukta Kisan Morcha (SKM) had called countrywide jams on Saturday to press for the repeal of three farm laws and legislation on Minimum Support Price (MSP).

However two deaths, that of Navreet Singh, who died during the January 26 violence at ITO in New Delhi and another of Baljinder Singh's, who was killed in an accident, has forced the unions to rethink.

The decision was taken after a meeting between SKM's Balbir Singh Rajewal and Bhartiya Kisan Union's national spokesperson Rakesh Tikait here on Friday.

"People near the Pilibhit belt are very angry. Those deaths have angered the youth and we may see a reaction during the jam so that's why we have called it off in these two states," said a leader who attended the meeting.

"We are keen to avoid any untoward incidents during the jam. It has to be peaceful," he added.

Farmers in these two states will sit in dharna in selected places and then hand over a list of their demands to the district administration regarding monies due to the farmers.

Meanwhile, the SKM has issued a list of guidelines as per which only national and state highways are to be jammed from 12 noon to 3pm. However there will be no chakka jam in and around the National Capital Region.

Also the leaders have appealed to keep it peaceful and non violent.