Attempts being made to impose 'saffron agendas' and 'corporate interests' by destroying the unique way of life of Lakshadweep people, alleges resolution 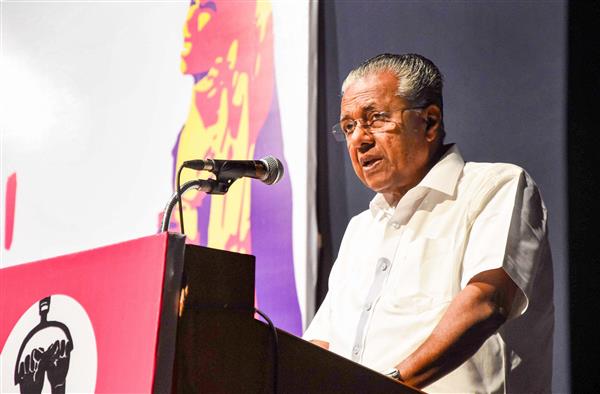 The Kerala Assembly on Monday unanimously adopted a resolution seeking Lakshadweep Administrator Praful Khoda Patel’s recall, becoming the first state in the country to express solidarity with the islands, where regulations over beef and liquor, among others, have sparked a row.

Voicing concern, the House adopted the first Assembly resolution moved by the ruling Communist Party of India (Marxist) in its successive term on the issue, with the Opposition Congress bloc backing the government.

The members sought the recall of Patel and requested the immediate intervention of the Centre to protect the lives and livelihood of the citizens.

The hard-hitting resolution alleged attempts were being made to impose “saffron agendas” and “corporate interests” by destroying the unique way of life of Lakshadweep people.

The BJP slammed the resolution adopted by the Assembly against the central government-appointed administrator and said the House had no authority to do so.

An archipelago located in the Arabian Sea, Lakshadweep is witnessing protests by local people for some days over the recent actions and the administrative reforms.

Chief Minister Pinarayi Vijayan moved the government resolution, the first in the 15th state Assembly, reminiscing the historic and cultural bond between Kerala and Lakshadweep and criticised the Centre for allegedly trying to destroy the natural democracy there.

Stating that the future of Lakshadweep is a matter of concern, he said any attempt to undermine its unique culture and indigenous lifestyle is unacceptable.

Anyone who upholds Constitutional values should register a strong disagreement against the actions of the administrator of Lakshadweep, Vijayan urged.

Setting aside their political differences, members of the ruling CPI (M)-led Left Democratic Front and the Congress-headed United Democratic Front unanimously backed the resolution, except some amendments suggested by the latter.

The implementation of the “saffron agenda”, rolled out in the name of reforms, began with painting coconut trees with the colour and has now grown to destroying the traditional habitat, life and natural relationships of the island dwellers, the resolution alleged.

Steps have been taken to implement the Goondas Act in the islands, where the crime rate is exceptionally low, it said, adding such measures were in anticipation of any protests and to silence voice of dissent.

“A dictatorial system of governance is being developed through these measures,” it said.

Claiming that authorities also aimed at destroying the traditional livelihood of fishing, it said sheds where the fishermen’s boats and nets are kept have been “rampantly destroyed”.

Through the attempt to exclude beef, which is part of the natural diet of the people of the territory, the Sangh Parivar agenda of banning cow slaughter was being implemented through the back door, it alleged.

Thus, the administrator has now taken the lead in ‘annihilating’ the indigenous life and culture of the people of a territory inch by inch, the brief resolution further charged.

Criticising the Centre’s act of giving the administrator special powers to intervene into the affairs of various government departments, the chief minister said it amounted to undermining the island’s natural democracy by deploying officials of their choice.

Steps are being taken to abolish all existing democratic systems in the UT and impose bureaucratic domination there.

The move to bar those with more than two children from contesting in panchayat elections is unheard of in the country, he said, adding that with its implementation, the vast majority of the islanders would lose their democratic rights.

“The recent developments in Lakshadweep should be seen as a practical laboratory of the Sangh Parivar agenda. They are attempting to change the culture, language, lifestyle and food habits of people of the country in tune with their ideology,” Vijayan alleged.

They are also taking steps to disrupt the livelihood of the people and give a red carpet welcome to the corporates, he charged.

Strong resistance should be raised against this bid to enslave people of a territory to “corporate interests and Hindutva politics”, he added.

Stating that the Centre has the responsibility to ensure that the unique characteristics of the union territory and the native people are well-preserved, the Left veteran said the administrator, who posed a challenge to this, should be stripped of his responsibilities.

Leader of the Opposition VD Satheesan backed the resolution and said the agenda, being implemented by Patel under the garb of reforms, should be thrown into the Arabian Sea.

The Congress and Indian Union Muslim League (IUML) urged the government to directly criticise the BJP-NDA government at the Centre in the resolution.

Meanwhile, BJP state chief K Surendran slammed the resolution adopted by the House against the Central government appointed administrator and said it had no authority to do so.

Terming the government action to come up with the resolution as “ridiculous”, he said the House was being misused for political purposes.

It was not right to use the floor of the House for political gains, Surendran said, adding that if the people of Lakshadweep had any complaint, they could approach either the union government or the court.

The BJP has no member in the present state assembly.

Patel has come under intense criticism, as the administration’s move to allow sale of liquor in the islands dominated by Muslims and enforcing cow slaughter ban have met with strong criticism from political parties including the Congress, CPI (M), and the NCP.

The under fire administration has rejected the allegations and has said it was laying the foundation for the future of islands in a planned way and to develop it on the lines of Maldives in two decades.

Lakshadweep District Collector S Asker Ali had last week said those who are having vested interests and those involved in illegal business were carrying out propaganda against the administration. — PTI