As per a Kerala HC order on January 7, 2019, nobody can call for a bandh in the state without prior notice of seven days 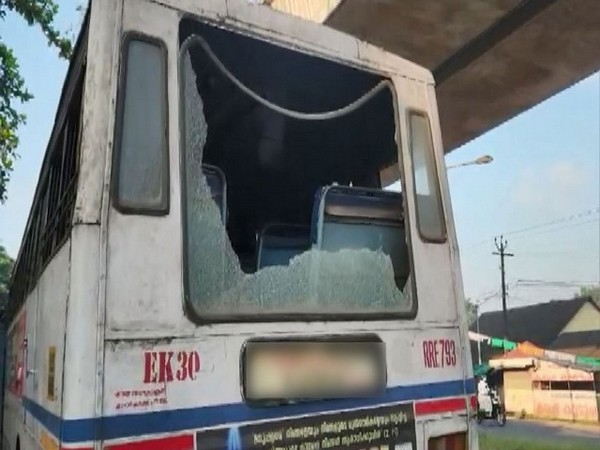 Kerala High Court on Friday initiated a suo motu case against Popular Front of India (PFI) leaders who called for a strike in the state against the arrest of its members by the National Investigation Agency.

Notably, as per a Kerala HC order on January 7, 2019, nobody can call for a bandh in the state without prior notice of seven days.

Taking cognizance of the matter, the court directed the police to ensure that "adequate measures are put in place to prevent any damage/destruction to public/private property of Government/citizens who do not support the call for hartal".

"Adequate police protection shall also be granted to all public utility services that apprehend violence, at the hands of those supporting the illegal hartal," the court added.

This comes after the dawn-to-dusk strike called by the PFI to protest the arrest of its members in nationwide raids by the National Investigation Agency on Thursday turned violent today with reports of stone-pelting in various parts of the state.

The hartal (strike) started at 6 am and will continue for 12 hours till 6 pm.

Following the strike, incidents of stone pelting and attacks on vehicles including KSRTC buses by protesters were reported from various places in the state.

In various other parts of the state, the roads were seen deserted this morning with few of people on the roads.

According to the police, stone-pelting incidents were reported at various places in the state.

Two police officers were attacked earlier today by the hartal supporters at Pallimukku in Kollam district.

In the state capital of Thiruvananthapuram, an autorickshaw and a car were seen in a damaged state after being attacked in Poonthura.

Releasing a statement, the PFI state committee said that it considered the NIA's arrest of PFI national and state leaders "unjust" and "part of atrocities by the state".

"A hartal will be held in the state on September 23, Friday) against the RSS-controlled fascist government's move to use central agencies to silence dissenting voices," it said.

The PFI also called upon the "democratic believers" to make success the strike against the "fascist regime that crush the civil rights".

According to the police, stone-pelting incidents are being reported at various places in the state.Earlier on Thursday, the PFI, while condemning the raids by the NIA and the Enforcement Directorate (ED) against its leaders, stated that it will "never surrender" and alleged that the agency's claims are aimed at "creating an atmosphere of terror".

A total of 106 Popular Front of India (PFI) cadres were arrested yesterday in a joint operation conducted by the National Investigation Agency, Enforcement Directorate and state police forces across 15 states in the country's multiple locations.