Later, the minister said there was no lapse from his side and he just hoisted the flag when the officials concerned handed him the rope 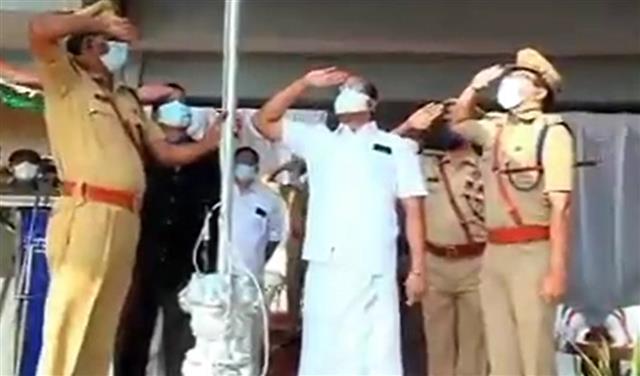 A Kerala minister hoisted the national flag upside down in this district, during the Republic Day celebrations on Wednesday, triggering a political controversy as the opposition BJP demanded his resignation for showing disrespect to the tricolour.

The incident occurred when minister Ahamed Devarkovil, who holds the Port and Archaeology portfolios in the Left government, unfurled the flag at the Municipal Stadium here this morning.

Later, the minister told reporters that there was no lapse from his side and he just hoisted the flag when the officials concerned handed him the rope.

He also said the district police chief and the Additional District Magistrate were asked to conduct a comprehensive inquiry into the incident and assured stringent measures would be taken against those responsible the lapse.

A nominee of the Indian National League (INL), an ally of the CPM-led LDF, Devarkovil was the chief guest of the Republic Day celebrations at the district headquarters.

“It was the officials who should have conducted a trial-run before the minister comes for flag hoisting. As far as ministers are concerned, we can only go on the scheduled time as per the protocol and unfurl the flag. There will be sure action against those responsible for the incident. Investigation is going on,” he said.

Interestingly, no one, including the minister, peoples’ representatives, police officials and other dignitaries present on the occasion, noticed the gaffe.

After the flag hoisting, the minister saluted it and proceeded with his speech, amidst which some media personnel who had gathered there to cover the event pointed out the error. Then the minister came back, lowered the flag and hoisted it again correctly.

Meanwhile, BJP state chief K Surendran sought the immediate resignation of Devarkovil and registration of a police case against him and the officials concerned who showed disrespect to the national flag.

“It is a matter of serious concern that the minister also saluted the tricolour after it was hoisted upside down. It is ridiculous that despite such a grave mistake, neither the minister nor the officials realised the error,” he said in a statement.

He also wanted the state DGP to order a probe into the incident.

Senior Congress leader and Member of Parliament, Rajmohan Unnithan, who was present during the occasion, termed the incident as “unfortunate” and wanted the government to take action.