Anoop, an autorickshaw driver, complains that the apparent fortune has caused him untold misery 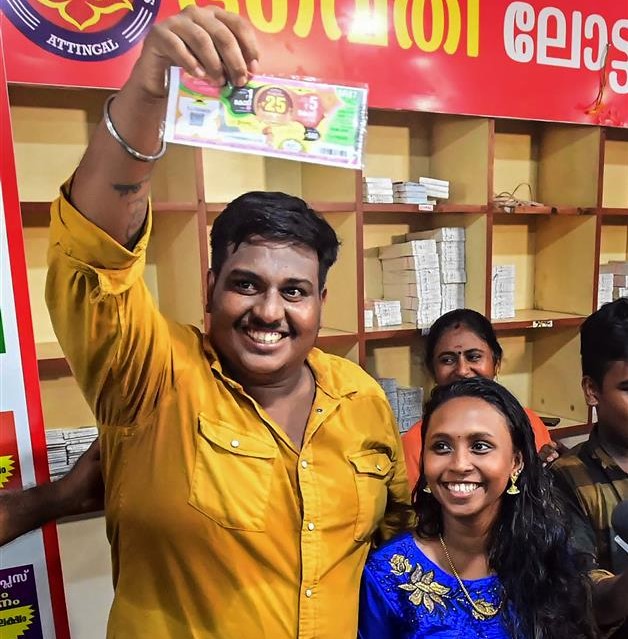 Days after relishing the spotlight after winning the Rs 25 crore Onam bumper lottery in Kerala, Thiruvananthapuram resident Anoop has complained that the apparent fortune has since caused him untold misery.

Anoop, an autorickshaw driver, who was planning to go to Malaysia to work as a chef, won the Rs 25 crore Onam bumper lottery on September 18.

In a Facebook video uploaded recently, Anoop said he had to shift from his house as people from even far-off places were visiting him seeking financial help.

He said people were behind him despite telling them that he was yet to receive the prize money.

He also said that he was being followed by people seeking help.

“I have to keep changing houses. I went and stayed at my relative’s house, but somehow, people found that place and came there. Now I came to my house as my child is unwell. I cannot take my child to hospital as people are coming and seeking help. I have not even got any money,” a distressed Anoop was seen saying in the video.

He said he was very happy when he came to know about the prize but now the situation has changed and he could not even come to his own house.

He said even his neighbours are annoyed now as those who come from various places requesting money or help were hanging around nearby houses or areas.

“I cannot even come to visit my child. Right now, I feel like I should not have won the first prize. A second or third prize would have been enough,” he said.

Anoop, hailing from Sreevaraham near here, bought the winning ticket — TJ 750605 – on September 17.

He has been buying lottery tickets for the last 22 years and has won amounts ranging from a few hundreds to a maximum of Rs 5,000 in the past, Anoop had said.

After taxes are deducted, Anoop would probably take home around Rs 15 crore.

On being asked what he intends to do with the windfall, he had said that his first priority is to build a house for his family and clear the accumulated debts.

Besides that, Anoop had said that he would help out his relatives, do some charity work and start something in the hospitality industry in Kerala.