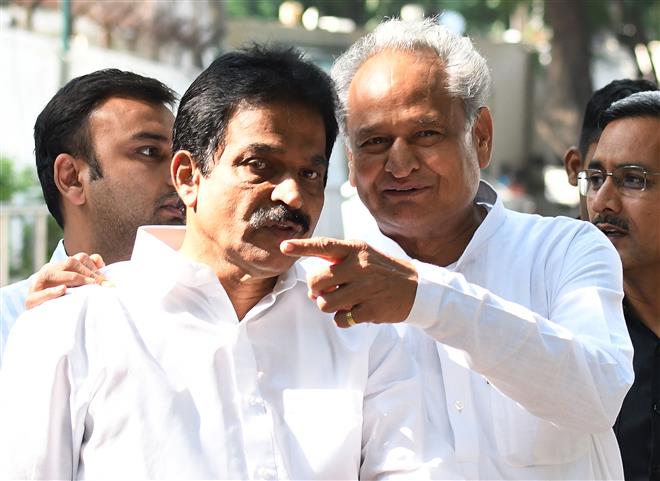 As Congress veteran Ashok Gehlot on Thursday walked out of the party presidential race choosing to stay Rajasthan Chief Minister and tendering a written apology to party chief Sonia Gandhi for the revolt by MLAs loyal to him, Mallikarjun Kharge emerged as the likely dark horse to run for the top post.

Leader of the Opposition in the Rajya Sabha, Kharge (80) will meet Sonia Gandhi on Friday morning, ahead of the 3 pm deadline for filing of nomination papers for the crucial election in which former Madhya Pradesh Chief Minister Digvijay Singh also declared his bid.

With consensus eluding the matter so close to the expiry of the nomination deadline, the paper-filing exercise is expected to stretch to the last minute tomorrow.

Top AICC sources said after Gehlot, Kharge was the only leader who could inspire consensus for the party chief’s post. His elevation could help the Congress electorally in poll-bound Karnataka where the Rahul Gandhi-led Bharat Jodo Yatra will enter tomorrow.

Hours after Gehlot opted out of the contest “taking moral responsibility for failing as CM to get a one-line MLAs’ resolution passed authorising Congress president Sonia Gandhi to take a decision on the state leadership issue”, AICC general secretary KC Venugopal said the Congress president would decide on the Rajasthan chief minister-ship “in a day or two”. Later, Sonia met Gehlot’s rival Sachin Pilot, seen as his potential replacement. Gehlot had also said earlier today that the party president would decide if he would remain CM.

“What happened on Sunday has shaken us all. It gave the impression I want to stay CM. Only I know the pain. I have regretted to Sonia Gandhi and apologised. A one-line resolution is a party tradition. Unfortunately, it could not be passed. I take moral responsibility that despite being the CM, I was unable to get the resolution passed for the first time....In the present circumstances, I have decided not to contest for Congress president,” the Rajasthan CM said after an hour-long meeting with Sonia.

AICC sources remained skeptical of Digvijay Singh becoming the Congress chief with his baggage of controversies and noted that Kharge, a tall national and Scheduled Caste leader, fits the bill.

Meanwhile, Digvijay met Tharoor with the latter tweeting, “Received a visit from Digvijay Singh. I welcome his candidacy for the presidency of our party. We both agreed that ours is not a battle between rivals but a friendly contest among colleagues. All we both want is that whoever prevails, the Congress will win.”