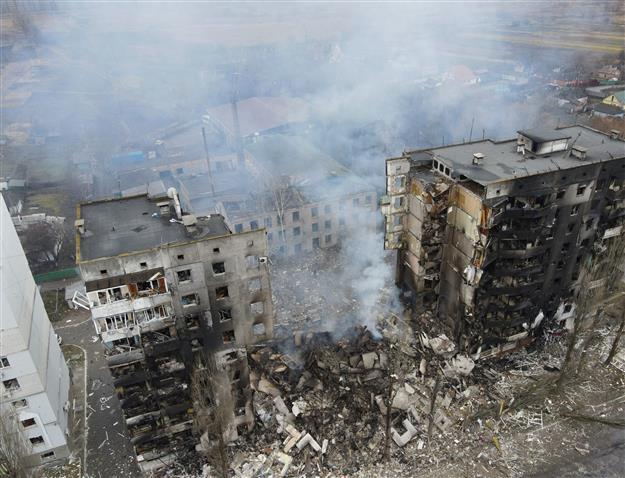 Dutch Ambassador to the UK Karel van Oosterom was forced to delete his tweet questioning India’s stand on Ukraine following a determined push back from the Indian diplomatic community, serving and retired.

In an unsolicited comment, the Dutch envoy wrote that “you should not have abstained in the Genera; Assembly. Respect the UN Charter’’ after India's Permanent Representative to the UN T.S. Tirumurti posted the speech he delivered at the UN Security Council debate on Ukraine on Thursday.

Tirumurti did not let go of the slight and replied: “Kindly don't patronise us Ambassador. We know what to do.’’

Sources found it odd that the Dutch envoy had to make his views known when President Ram Nath Kovind had visited the Netherlands just last month and had presumably discussed the Ukraine issue with the Netherlands’ top leadership. Moreover, the interjection by a European envoy also seems strange when PM Narendra Modi has interacted with over half a dozen PMs from the region and had discussed Ukraine threadbare.

At the UNSC, Tirumurti said “India remains on the side of peace and therefore believes that there will be no winning side in this conflict and while those impacted by this conflict will continue to suffer, diplomacy will be a lasting casualty’’ and reminded that India has strongly condemned the killing of civilians in Bucha and supported the call for an independent investigation.

India welcomed UN Secretary-General Antonio Guterres' visits to Moscow and Kiev late last month, he added while praising the UN evacuation of civilians from Mariupol. India has so far abstained eight times at various UN forums on the Russia-Ukraine war.