So far, 18 people, including two pilots, have been reported dead 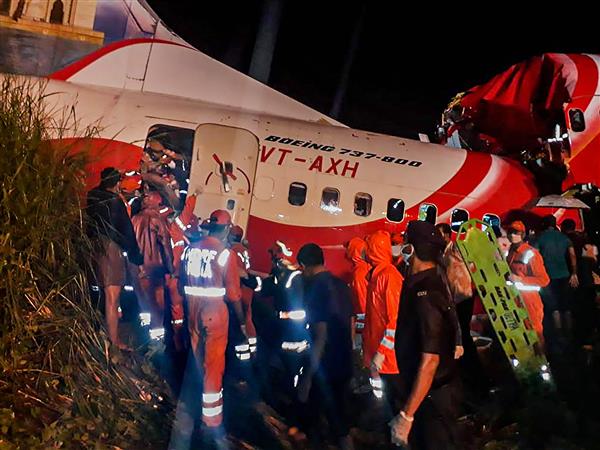 Rescue operation underway after an Air India Express flight with passengers on board en route from Dubai skidded off the runway while landing, at Karippur in Kozhikode, Friday, August 7, 2020. (PTI Photo)

Four cabin crew members of the Air India Express flight that crash-landed at the Karipur airport here were safe, the national transporter said on Saturday.

The Air India Express Employees Union said cabin crew suffered some injuries and were under treatment at the Kozhikode hospital.

Eighteen people, including two pilots, were killed and scores injured when an AIE flight from Dubai with 190 onboard overshot the tabletop runway in Kozhikode airport on Friday night while landing in heavy rains and fell into a valley 35 feet below and broke into two portions. PTI