Lakhimpur Kheri: Memories of ‘Tikonia kaand’ alive not just in Nighasan but entire UP, say farmers : The Tribune India

Lakhimpur Kheri: Memories of ‘Tikonia kaand’ alive not just in Nighasan but entire UP, say farmers

Eight seats of Lakhimpur Kheri vote on Wednesday in Phase-4 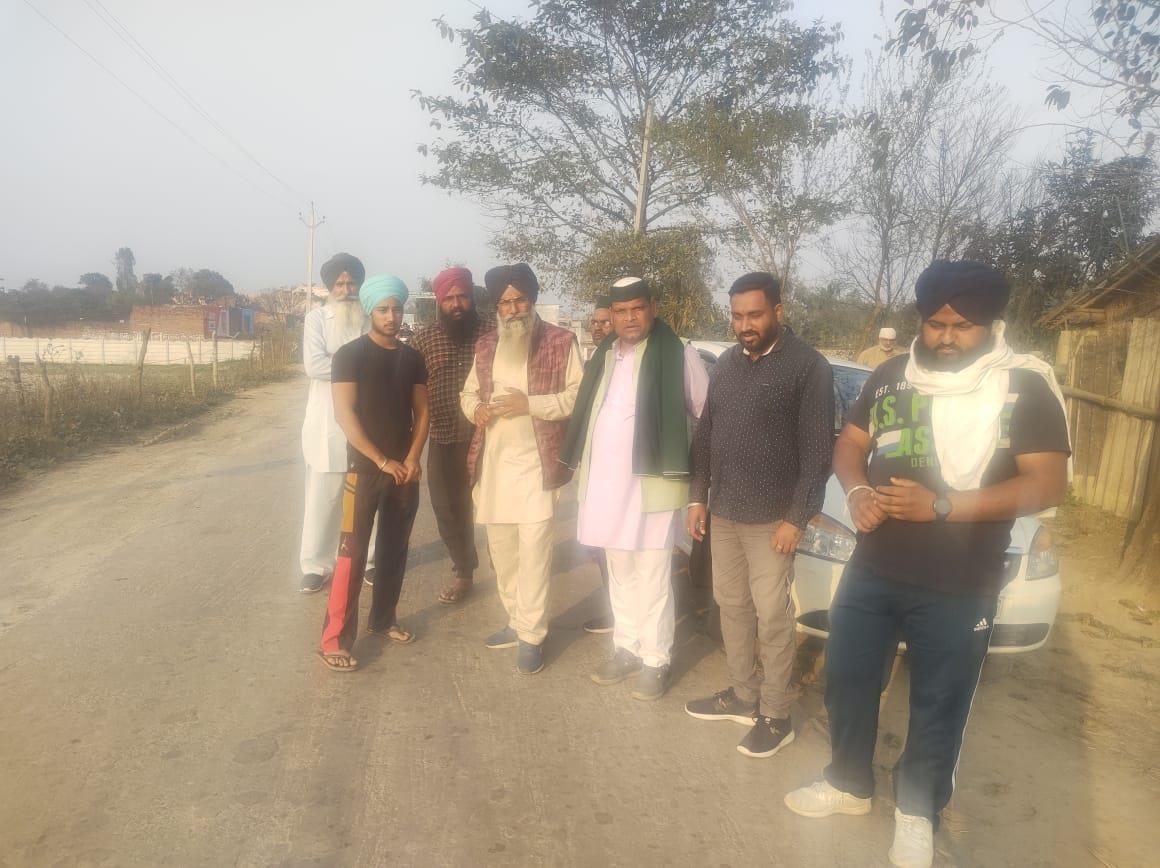 In the 2017 Assembly elections the BJP had swept the eight constituencies in the Lakhimpur Kheri district. However, with "Tikonia kaand", or the Lakhimpur Kheri violence as the horrific incident involving farmers is better known as, still fresh in the minds of voters, the big question is whether the BJP is able to repeat the feat on Wednesday.

Largely rural with rolling sugarcane and wheat farms interspersed with some ‘sarson’, the district has urban pockets, congested townships and 'kasbas', with expected problems.

BJP’s main rival, the Samajwadi Party, is expecting substantial changes in voting pattern from last time and the reason is the violence that claimed the lives of four farmers, two BJP workers, a driver and a journalist in October, last year.

According to Satnam Singh, district president of the BKU, Tikonia will be number one issue in minds of people when they cast their votes tomorrow. "It is an issue that affected the entire country; it affected elections in Punjab and Uttarakhand. It is bound to be a major issue for UP, especially Terai. The scene of the mindless violence is too fresh to be brushed under the carpet."

Gurmeet Singh Randhawa of the Bharatiya Sikh Sangathan adds that farmers cutting across castes are angry.

"It is not a question of Sikh, Hindu or Muslim. Such incidents cannot be forgotten easily, they get embedded on minds and souls of people like the Partition, the 1984 anti-Sikh riots," he adds, endorsing SP completely.

Randhawa belongs to Banbir, the same village as Ajay Mishra Teni whose son Ashish was allegedly involved in the incident.

Jagtar Singh Dhillon from the Maricha village claims that even if people decide to vote on the basis of religion, the BJP "will lose six of the eight seats" in the district.

"People are angry and it is obvious that they will vote for the party which is capable of defeating the BJP. 'Jo pehalwan harane ka dum rakhta hai usi pe daav khela jata hai' ", he says, dismissing the others in the 2022 race.

While Sikhs have substantial presence in the region, others like OBC, Brahmin, Muslim and SC voters hold the key.

Also, the BJP continues to enjoy substantial support as well, but the difference is their supporters are not as vocal or forthcoming as Samajwadi supporters.

While some tentatively say "phool” (lotus), others say "mixed" or "dekhenge" (we will see) when asked the mood of the electorate.

"They( SP) has been out of power for five years so their cadres and supporters are making more 'ho-halla' (noise)," says a BJP supporter running a diagnostic centre in Lakhimpur Kheri but did not wish to be named.

Tikonia in Nighasan is more than one hour drive from Lakhimpur Kheri.

Ajay Mishra Teni represents Kheri. A prominent Brahmin face, the influence he enjoys in Kheri earned him a BJP Lok Sabha ticket in 2014.

The bail to his son is also believed to be aimed at soothing his supporters, mostly Brahmins, believed to be upset with 'thakurvaad' of Chief Minister Yogi Adityanath.

Incidentally, Randhawa says people have not seen much of either Ajay Mishra or his son, during the campaigning. "They may be doing it quietly but nothing openly as this would have make situation worse for the BJP."

It is not as if the BJP is not aware of the undercurrent.

While repeal of the three farm laws was aimed to take care of the prevailing sentiment, the leadership is making all efforts to polarise with charges against the SP and Congress and slogans like “jo Ram ko layenge unko hi hum layenge”.

With the political fallout of the 2017 farmer deaths in Mandsaur (MP) still not so far away, the question is will Adityanath be able to overcome the challenge of Lakhimpur Kheri in 2022.

Analysts say the death of farmers in agitations on agrarian issues is always an emotive issue.

The deaths of farmers agitating for loan waiver and higher remuneration for their produce on June 6, 2017, in police firing in Mandsaur is believed to be one of the reasons for Chief Minister Shivraj Singh Chouhan losing Madhya Pradesh in 2018.

It is another matter though that in 2020 Chouhan managed to wrest the power from Congress’ Kamal Nath after Jyotiraditya Scindia and his loyalist MLAs walked out.

Farmers were staging protest in Tikonia village in October last year against the visit of deputy CM Keshav Prasad Maurya to Ajay Mishra's native Banbir village when four of the agitating farmers were crushed under the wheels of a convoy of cars. In the violence that followed, four others, including two BJP workers, a driver and a journalist were killed.