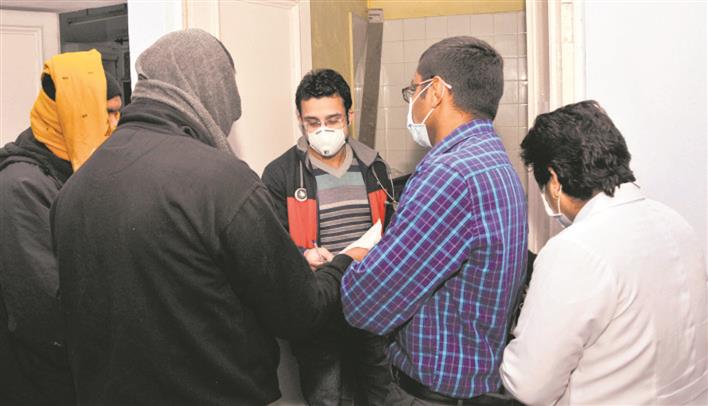 The government has decided to take strict penal action against landlords or house-owners who are forcing “doctors, paramedical staff and healthcare personnel” to vacate their rented accommodations.

A decision in this regard was taken following a letter to Home Minister Amit Shah by the Resident Doctors Association of AIIMS in which it was apprised that many staffers were “stranded on roads” with all their luggage and requested that the government should immediately issue an order prohibiting landlords from evicting the healthcare professionals working tirelessly against the Covid-19 outbreak.

Officials in the Ministry of Home Affairs (MHA) said the Home Minister late Tuesday night spoke to the Delhi Police Commissioner and asked him to take immediate action to ensure the security of doctors facing harassment.

In the order issued by the MHA, it is said such behaviour of landlords or house-owners “not only strikes at the root of the fight against the Covid-19 pandemic, but also tantamount to obstruction of duty and essential service”.

Life insurance for medicos in Uttarakhand

Bhubaneswar: In a bid to boost the morale of the health personnel engaged in the fight against Covid-19 in Odisha, Chief Minister Naveen Patnaik on Wednesday announced four months' advance salary for doctors, nurses and other paramedical staff. PTI