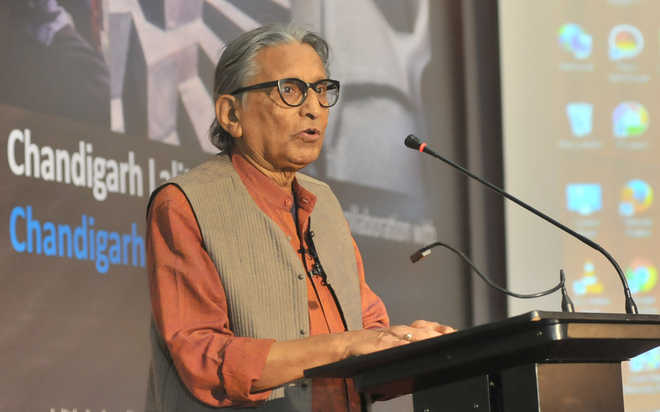 “Dr BV Doshi Ji was a brilliant architect and a remarkable institution builder. The coming generations will get glimpses of his greatness by admiring his rich work across India. His passing away is saddening. Condolences to his family and admirers. Om Shanti,” the PM tweeted.

Born in a humble family in Pune, Doshi, 95, went on to study at the JJ School of Architecture, Bombay, then worked for four years with the legendary Le Corbusier for four years in Paris as senior designer (1951-54) and later again for four years in India supervising Corbusier’s projects in Ahmedabad.

Doshi was an educator and institution builder, with his autobiography ‘Paths Uncharted’ recounting the exceptional journey.

He was the first Founder-Director of School of Architecture and School of Planning, Ahmedabad.

Doshi regarded Corbusier as his guru. Only last year, Doshi was awarded the Royal Gold Medal for 2022, one of the world’s highest honours for architecture.

Given in recognition of a lifetime’s work, the Royal Gold Medal is approved personally by Queen Elizabeth of the UK and is given to a person or group of people who have had a significant influence on the advancement of architecture.

With an 80-year-long career and over 100 built projects, Balkrishna Doshi influenced the direction of architecture in India and its adjacent regions through both practice and teaching.

His buildings combine pioneering modernism with vernacular, informed by a deep appreciation of the traditions of India’s architecture, climate, local culture and craft.

His projects include administrative and cultural facilities, housing developments and residential buildings.

The Royal Award citation for Doshi says he has become internationally known for his visionary urban planning and social housing projects, as well as his work in education, both in India and as a visiting professor at universities around the world.

Doshi had added, “Today, six decades later, I feel truly overwhelmed to be bestowed with the same award as my guru, Le Corbusier - honouring my six decades of practice.”