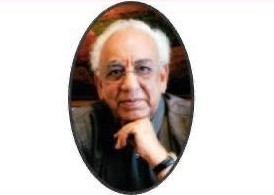 Leading technocrat V Krishnamurthy, who headed three major companies — BHEL, Maruti Udyog and SAIL — during the 1970s and 1980s and was credited for their turnaround, is no more. He was 97.

A Padma Vibhushan recipient, Krishnamurthy passed away at his Chennai home today. The last rites will be performed at 3 pm on Monday.

Condoling Krishnamurthy’s demise, Congress general secretary Jairam Ramesh said, “A true legend among public sector managers, a man who built BHEL, turned around SAIL and launched Maruti is no more. He will remain an important part of India’s economic history.”

In his book “At the Helm”, Krishnamurthy had dwelt in detail on the nuances of the now-disbanded Planning Commission and said the panel was indeed an intellectually vibrant place in the 1950s.

Expressing deep condolences, former J&K Governor NN Vohra said: “Krishnamurthy’s momentous contributions were during a period when the advice of competent civil servants and technocrats was highly respected and accepted without debate.”