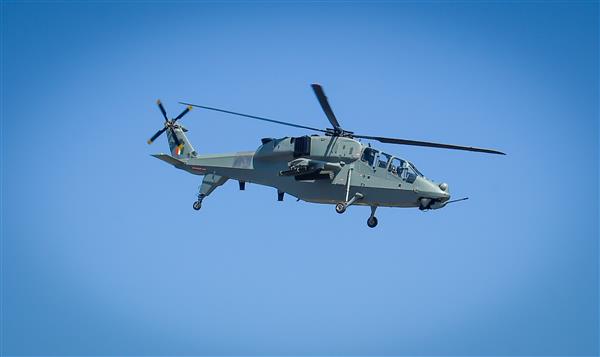 The light combat helicopter (LCH) inducted into the Indian Air Force at Jodhpur on Monday will make its public display at Chandigarh where the IAF is conducting its Airforce Day parade and air display.

The IAF announced that three LCHs from the 143 Helicopter Unit, Jodhpur, will take off to Chandigarh to take part in the display to be conducted over the Sukhna Lake in the afternoon of October 8.

The number of aircrafts on display could be around 90 planes to mark the IAF's anniversary.

Apart from the LCH, the IAF will display its might with jets like Rafale, the Sukhoi 30 MKI, the MiG 29, Mirage 2000 and MiG 21 also being a part of the flypast.

Helicopters like Mi35, Mi17 and ALH will also be at the flypast along with special operations planes like the C17 and C130.

The Surya Kiran aerobatics team will also do a display.