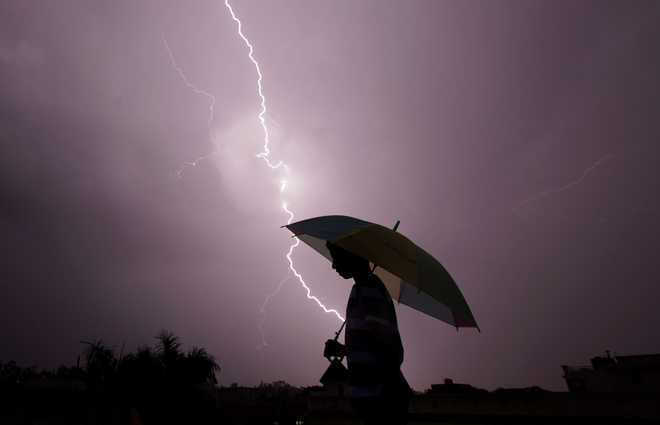 Three persons died and as many others were injured after being struck by lightning in Salon area of the district on Sunday, officials said.

Sub-Divisional Magistrate of Salon, Ashish Singh, said some people in Gothia Tiwaripur village were grazing animals when lightning accompanied by rain occurred in the evening.

Anjali (17), who had taken shelter under a tree, was electrocuted.

Deepanshi (12) and Kamla (55) got injured and were sent to the district hospital, where they succumbed, the SDM said.

Three other persons were also injured in the lightning strike and are undergoing treatment, the officials said.

Uttar Pradesh Chief Minister Yogi Adityanath has directed the district administration to provide Rs 4 lakh to families of each of the deceased. PTI