Limited flights: Air bubble with France, US : The Tribune India 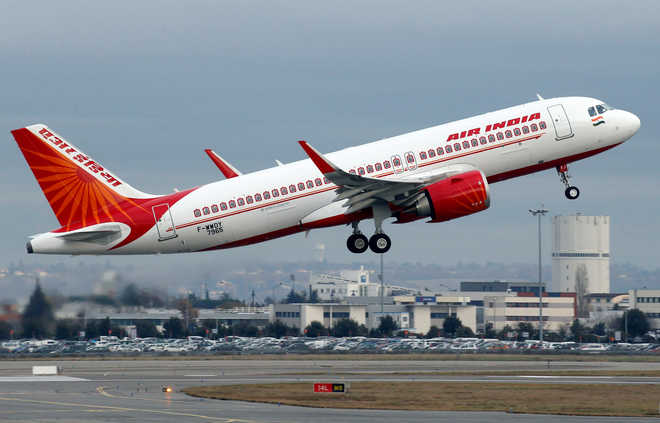 The government today said international flights were set to resume under “bilateral air bubbles” with other countries, with Air France agreeing to operate 28 flights between Delhi, Mumbai, Bengaluru and Paris from July 18 to August 1, and US’ United Airlines 18 flights between July 17 and 31. 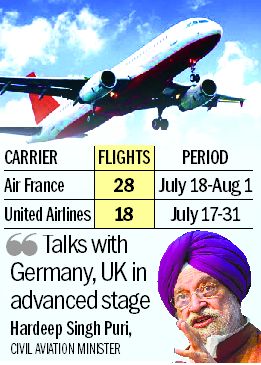 “These operations, however, are being allowed with certain conditions as many countries, including India, are imposing entry restrictions even now in the wake of the Covid-19 pandemic,” it said.

Minister for Civil Aviation Hardeep Singh Puri, addressing mediapersons, said: “We are at very advanced stages of negotiation with three countries and it is a work in progress. For example, Air France will be operating 28 flights between Delhi, Mumbai, Bengaluru and Paris from July 18 to August 1, while United Airlines of the US will be flying 18 flights between July 17 and 31. But these are interim arrangements.”

Puri said talks on air bubble were in advanced stages of negotiation with Germany and the UK. Earlier, the Ministry of Home Affairs had said international passenger flight services would resume in a phased manner during “Unlock 2.0”.

Puri said over 6,80,000 Indians stranded abroad had so far been brought home under the Vande Bharat Mission. He added the cap on domestic airfare amid the pandemic was likely to be extended after August 24 due to low demand. — TNS