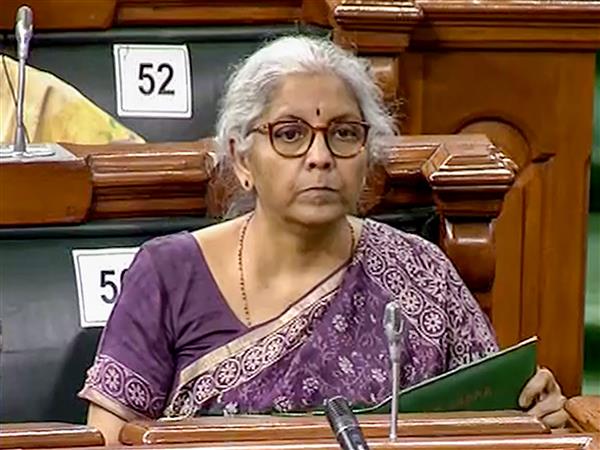 The Lok Sabha today approved the Finance Bill, which gives effect to new tax framework, including crypto assets. The Bill was approved after accepting 39 official amendments moved by Finance Minister Nirmala Sitharaman and rejecting ones proposed by the Opposition through voice vote.

Price rise due to ukraine conflict

It is (price rise) on account of war between Russia and Ukraine. Impact is being felt by all countries as global supply chains have been affected. Nirmala Sitharaman

This completes the Budgetary exercise for 2022-23 fiscal. The discussion saw calls for a ban on crypto with opposition MPs accusing the government of “creating confusion” and “sending mixed signals on virtual digital currencies (VDA). Responding to accusations, Sitharaman said the government would decide whether to regulate or ban crypto only after completing its consultations.

“Till then, we are taxing it as a lot of transactions are happening,” she said.

Accusing the government of creating confusion on the issue, BJD MP Pinaki Misra said the government had created the impression that dealing in cryptocurrency was a sin. “The RBI Governor has said crypto is just hot air, and this government wants to tax hot air,” he said.

NCP MP Supriya Sule also accused the government of sending mixed signals on crypto. “Everyone believes crypto is not good for this country…then why are you not banning it? Why are you taxing it?”

During her reply, Sitharaman also said India was probably the only country which did not resort to new taxes to fund the recovery of the economy affected by the Covid-19 pandemic. As per an OECD report, as many as 32 countries increased the tax rates after the pandemic, she said.

Referring to the focus on raising capital expenditure, the FM said, “Instead, we put more money where multiplier effect will be maximum.”

“The Narendra Modi government believes in lowering taxes,” she said, adding that reduction in corporate tax “helped the economy, government and companies, and we are seeing the progress”.

She added that Rs 7.3 lakh crore had been collected as corporate tax in the financial year so far.

Sitharaman said the number of taxpayers increased to 9.1 crore from 5 crore a few years ago. “The government is taking steps to widen the tax base and faceless assessment has been received well by people,” she added.