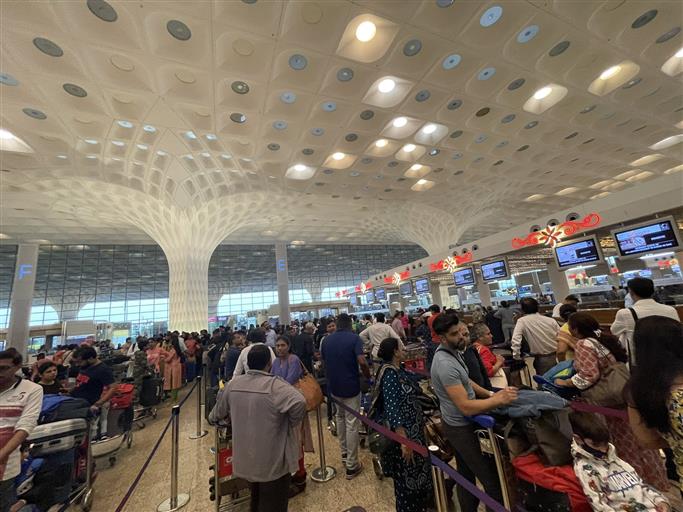 Chaos prevailed for nearly two hours at the Chhatrapati Shivaji Maharaj International Airport (CSMIA) after a computer systems failure hit check-ins and other operations for all airlines, here on Thursday, sources said.

The ‘culprit’ is allegedly said to be the ongoing infrastructure digging works of the Mumbai Metro line in the CSMIA vicinity that reportedly snapped a main cable of a major utility company, the sources said.

Late on Thursday evening, an official spokesperson for Mumbai International Airport Ltd (MIAL) attributed the glitch to “a temporary network interruption outside the airport due to ongoing development work in the city”.

“Our teams are present on ground and manual processing has been initiated to facilitate all passengers. They are requested to allocate additional time for check-in and also to connect with their respective airlines,” the spokesperson said.

In a subsequent update, the MIAL said that “there was a network interruption resulting from a cable cut” during some construction work in the city.

“This interrupted the various ticketing systems. All systems are now restored and working,” said the spokesperson.

The abrupt breakdown in the computer systems led to massive crowds of passengers who could be seen sitting or moving around with their luggage in the Terminal T2 for around two hours.

Many of the harried passengers took to social media to vent their ire and frustration over the unexpected delays, posted pictures of the overcrowding inside the terminal or queues of passengers building up outside.

Some even expressed concerns for other passengers, advised them to reach the airport well in time to avoid missing flights, etc. owing to the problems that were later rectified.