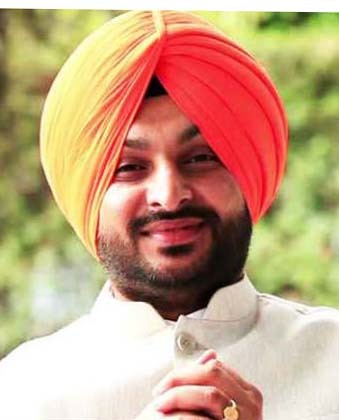 The Lok Sabha was adjourned for an hour moments after it assembled on Tuesday at 3 pm, following a grave allegation of police assault by Congress MP from Ludhiana Ravneet Singh Bittu.

Speaking in the house, Bittu alleged that hundreds of Delhi police personnel “brutally assaulted” him and his three MP colleagues from Punjab Santokh Singh Choudhary, Jasbir Singh Gill and Gurjeet Sing Aujla, when they were all taking out a candle light march from Parliament House to Rashtrapati Bhavan on the issue of farm bills.

“The police personnel perhaps thought that we were farmers and assaulted is brutally right outside the temple of democracy. We told them we are parliamentarians and sit with the Prime Minister but to no avail. The police didn’t know we were MPs. They thought we were farmers and beat us up badly. I had a bad left knee fracture, which has gone worse after the assault and other MPs have also suffered injuries. This is horrifying,” Bittu said in the Lok Sabha with Speaker Om Birla assuring him a full probe into the incident and protection both inside and outside Parliament.

Speaker also said had Bittu come to the house which say past midnight on Monday and shared his experience, a probe could have been ordered right away.

Bittu and Santokh Choudhary submitted written representations to the Speaker narrating the sequence of events starting 7 pm on Monday.

“We were peacefully marching from Parliament towards Rashtrapati Bhavan when hundreds of policemen cane rushing towards us, pushing, shoving and physically assaulting us when there was no reason for us to be treated that way,” Bittu wrote to Speaker.

The Ludhiana MP also said that he and other MPs sustained severe injuries in the process.

“There may have been a conspiracy to kidnap us or endanger our lives through the assault and hence the matter warrants a detailed investigation,” Bittu’s letter to the Speaker says.

Earlier today a DMK member also alleged that some IB sleuths visited him in Tamil Nadu Bhavan where he is staying and “interrogated” him on his party’s stand on Parliament agendas.

The Speaker cautioned the DMK MP against making any unsubstantiated statements and said, “The safety of all MPs is my responsibility and I will get these issues examined but I need written complaints. I have received letters from Ravneet Bittu and Santokh Choudhary.”

LS will reassemble at 4 pm after the first adjournment following opposition MPs raising slogans against the government and demanding protection from the Speaker.