This increasing trend is reducing the importance of core engineering branches, feel experts 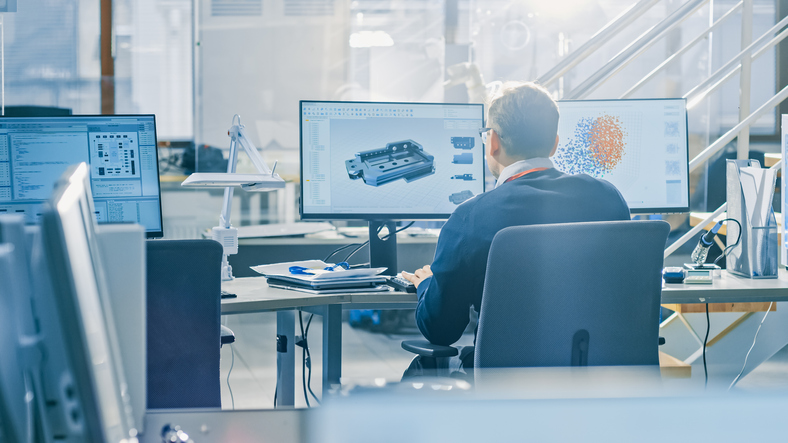 Most of the toppers in the Joint Entrance Examination (JEE) (Advanced) are taking admission in Computer Science and related engineering courses.

The craze of ‘Computer Science engineering’ is so much that many students are not taking admission in IITs as they do not want to pursue other engineering sectors.

These students, who have left the option of joining IITs and cannot get admission in Computer Science courses on the basis of JEE Advanced rank, take admission in other higher educational institutions such as Indian Institutes of Information Technology (IIITs), National Institutes of Technology (NITs) and Birla Institute of Technology & Science (BITS). The basic reason for this is that in these institutes they are able to get admission to pursue Computer Science engineering.

According to data shared by the Joint Seat Allocation Authority, 97 students of the top 100 ranked students in JEE Advanced have opted for Computer Science courses. Students, who are registered in core engineering branches, also want to take IT jobs as it is believed that the IT sector pays a higher starting salary.

Although academicians refute this trend, saying that unfortunately, this increasing trend is reducing the importance of core engineering branches. A large number of students and parents are making decisions without thinking in this regard.

Many private colleges are also giving admission to thousands of students in various variants of 'Computer Science Engineering' without applying any thought. The role of the lawmakers and regulatory bodies as well as the industry in this regard is very unsatisfactory as no action is being taken on this.

On the other hand, if we talk about the salary of fresher engineers with computer science degrees, then a package of up to Rs 40 lakh per annum was offered to computer science students in IIT-Madras and other IIT institutes of the country. Apart from this, many institutes have registered an increase of up to 32 per cent in the internship offers for computer science engineering.

According to Professor Sanjay Goel, Director of JK Lakshmipat University, at present the whole world is facing a lot of engineering problems. The whole world is grappling with the problems of climate crisis, clean water, food production, energy, transport, healthcare, logistics, materials etc.

The solution of these problems is possible only from core engineering sectors like civil, electrical, electronics, mechanical, chemical, material science. Interestingly, various industry forecasts show very good growth in all these sectors. For example, along with global construction, the chemical market is expected to double by 2030.

Global energy demand is expected to grow by 40 per cent during this period. Apart from this, industry 4.0 needs digital things along with the physical and biological world. Studying core engineering subjects is also very important to be successful digitally.

At the same time, the regulatory body should immediately and proactively prevent educational institutions from admitting thousands of students in CSE variants in the same campus without proper infrastructure and faculty. To promote the core engineering sector, it is necessary to get encouragement from the government, support from industry chambers and media to spread more awareness about this sector.