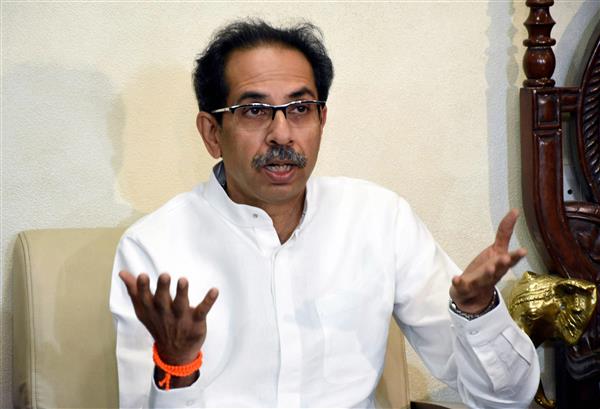 The Shiv Sena and the Congress, which are ruling allies in the Maha Vikas Aghadi (MVA) government, on Sunday sparred over renaming Aurangabad city, with the Uddhav Thackeray-led party saying it is not "secular" behaviour if one finds "cruel and religiously blind" Mughal emperor Aurangzeb "dear".

Hitting back, the Congress accused the Sena and the opposition BJP of playing politics over renaming and asked them why they did not they remember the issue while they were in power in Maharashtra for the past five years.

Maharashtra Congress president Balasaheb Thorat, however, maintained that the MVA government of the Sena, NCP and Congress in the state is stable.

Thorat, who holds Revenue portfolio, also said the government works as per the common minimum programme (CMP) and there is no scope for the "politics of sentiment".

Erstwhile allies, the Sena and the BJP, have been pitching for renaming Aurangabad as 'Sambhajinagar' after Chhatrapati Sambhaji Maharaj, son of Chhatrapati Shivaji Maharaj.

Writing for 'Rokhthok', the weekly column in Sena mouthpiece 'Saamana', party MP Sanjay Raut said, "secular parties like the Congress are of the view that Aurangabad should not be renamed as Sambhajinagar".

He said these parties feel that minority communities like Muslims will not be happy if Aurangabad is renamed and it will affect their vote banks, which will raise questions over their "secular image".

Raut stressed that Aurangzeb was not secular but "a cruel" administrator.

"Aurangzeb was religiously blind and harboured hatred towards other religions," he wrote.

"There should be no city named after such Aurangzeb at least in Maharashtra. This (demand) is not religious blindness. Call it 'Shivbhakti' (devotion to Shivaji Maharaj), Maharashtra's self-esteem or the sense of history. Prostrating before those who find Aurangzeb dear! This is not secular behaviour!" Raut said.

Countering the Sena, Thorat said those who were in power at the Centre and in Maharashtra for the past five years are now playing renaming politics.

He asked why did not the parties (read the Shiv Sena and the BJP) remember the renaming issue while they were in power.

The Congress leader further said that the Sena and the BJP have let down the people of Aurangabad despite being in power in the municipal corporation.

"The renaming issue is being raked up now to mislead the local people. Our ally in the state, the Shiv Sena, is worried about its votes. Hence it has initiated this 'Saamana' (match) of renaming," Thorat said.

He said pretentiousness is the core attitude of the BJP.

"The people look at it (BJP...how it behaves and speaks as entertainment," Thorat said.

Without naming any party, Thorat further said those who play politics using names of Chhatrapati Shivaji Maharaj and Chhatrapati Sambhaji Maharaj need not teach him or his party about the duo.

Notwithstanding the differences in views between the two MVA allies on the issue, the revenue minister said that the state government is stable and strong.

"No one should feel over-joyous (over differences between the allies on the renaming issue)," Thorat added. --- PTI