Ahead of floor test, one more Sena MLA joined Shinde faction, taking its tally to 40 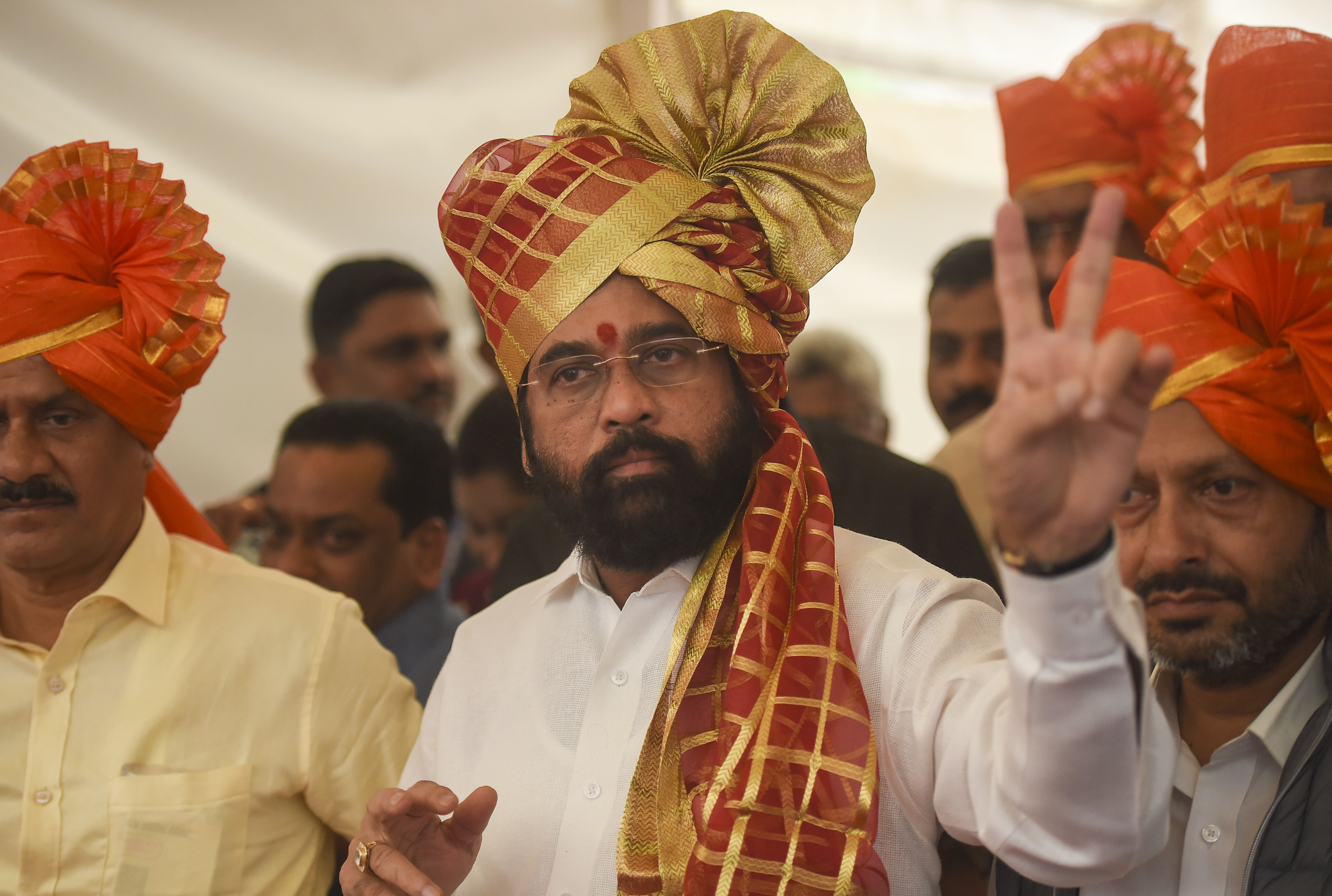 The trust vote was held in the Assembly on Monday. PTI

Maharashtra Chief Minister Eknath Shinde on Monday won the floor test in the state Assembly on the last day of the two-day special session of the House.

In the 288-member House, 164 MLAs voted for the motion of confidence, while 99 voted against it. Three legislators abstained from voting, while Congress’s Ashok Chavan and Vijay Wadettiwar were among those absent during the trust vote.

Speaker Rahul Narvekar announced that the trust vote was carried by a majority vote.

After the death of a Shiv Sena MLA recently, the current strength of the Assembly is reduced to 287, thus the majority mark is 144.

Last month, Eknath Shinde launched a rebellion against the Sena. Majority of MLAs sided with him, which led to the collapse of the Maha Vikas Aghadi government led by Uddhav Thackeray.

During the floor test, MLAs Abu Azmi and Rais Shaikh (both of the Samajwadi Party) and Shah Farukh Anwar (AIMIM) abstained from voting.

Chavan and Wadettiwar came late and were unable to enter the House at the time of the vote.

The BJP MLAs -- Mukta Tilak and Laxman Jagtap -- both of whom are seriously ill, also did not come to the House, while BJP’s Rahul Narvekar could not vote as he is the Speaker.

Ahead of the floor test, Sena MLA Santosh Bangar, from the Uddhav Thackeray camp, joined CM Shinde’s faction, taking its tally to 40.

Speaking in the House after the floor test, Fadnavis said when some MLAs were voting, members from the opposition benches shouted “ED, ED”.

“It is true the new government is formed by ED, which stands for Eknath and Devendra,” the BJP leader remarked.

Without taking the name of former CM Uddhav Thackeray, Fadnavis claimed Maharashtra witnessed a “deficit of leadership availability” in the last few years.

“But, there are two leaders in the House (Shinde and himself), who will always be available for people,” Fadnavis said.

Narvekar had also recognised the appointment of Bharat Gogawale from the Shinde camp as the chief whip of the Sena, removing Sunil Prabhu, who belongs to the Thackeray faction.

In a major setback for the Shiv Sena led by Uddhav Thackeray, the Maharashtra Legislature Secretariat has struck down appointments of Ajay Chaudhary as the Shiv Sena Legislature Party Leader (SSLP) and the Chief Whip Sunil Prabhu.

The action came late on Sunday.

Ahead of the floor test of the Eknath Shinde-led Maharashtra government on Monday, one more Shiv Sena MLA from the Uddhav Thackeray camp joined CM Shinde's faction, taking its tally to 40.

The Shiv Sena currently has 55 MLAs in the 288-member state Assembly.

Santosh Bangar, the MLA from Kalamnuri in Hingoli district, on Monday morning switched over to the Shinde camp.