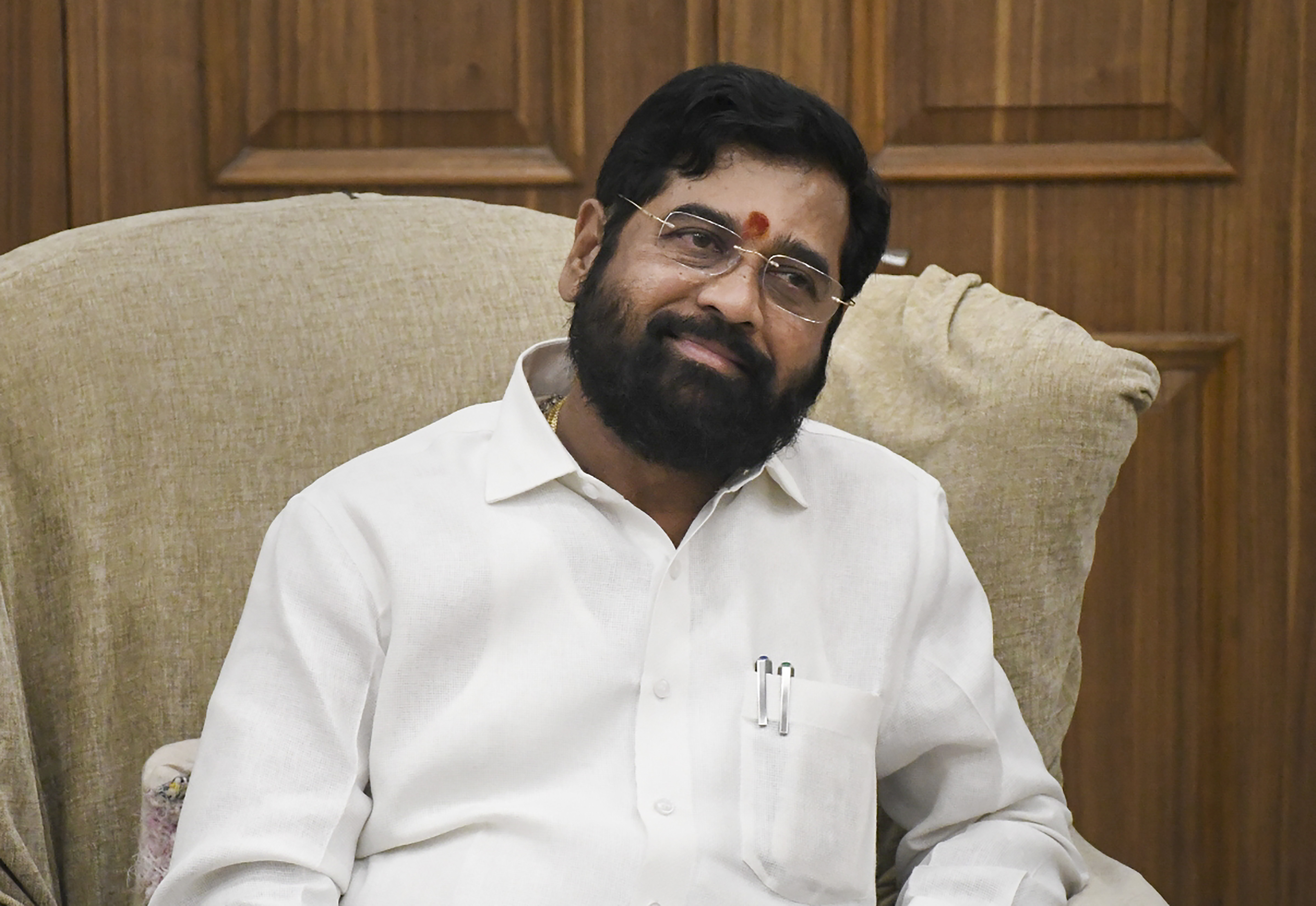 Shiv Sena leader Eknath Shinde on Friday said not only his colleagues in the Assembly but also Maharashtra is happy that "Balasaheb Thackeray's Shiv Sainik has become the chief minister".

He thanked Prime Minister Narendra Modi and Union Home Minister Amit Shah among others for reposing confidence in him.

Backed by the BJP, Shinde on Thursday took oath as chief minister of Maharashtra with the support of a breakaway faction of Shiv Sena MLAs and Independents.

After taking the oath in Mumbai, Shinde returned to Goa at midnight to meet his colleagues who had supported him in rebelling against Uddhav Thackeray.

Interacting with reporters at the Goa Airport, he said Maharashtra could see this day because of his 50 MLAs.

"My colleagues and entire Maharashtra is happy that Balasaheb Thackeray's Shiv Sainik has become the chief minister of the state," Shinde commented.

The chief minister said his government would do the works that are expected from them by the people of Maharashtra.

Shinde said his government would work to deliver justice to every section of society. "We will also take ahead the vision of Balasaheb Thackeray."

Asked about cabinet expansion, he said the future strategy would be discussed in the meeting with his colleagues.

Later, while interacting with reporters at the resort in Goa's Dona Paula, the newly sworn-in Maharashtra chief minister thanked Modi, Shah and BJP leader Devendra Fadnavis for reposing faith in him.

"Fadnavis has shown a big heart by giving me the opportunity to become chief minister," Shinde said.

Shinde said he would ensure ample developmental work in the constituencies of all the 50 MLAs who supported him. The Shiv Sena leader also said he is well aware of the experience of these legislators during the last two-and-a-half years.

He said that the floor test in the Assembly is a "mere formality" as he claimed to enjoy the support of 175 MLAs.