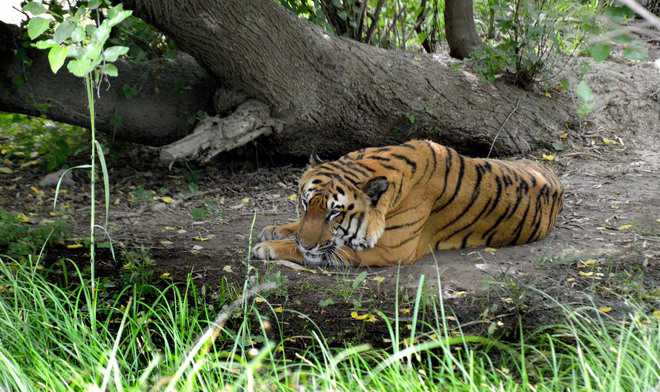 A man who had gone to collect bamboo in the forest in Chandrapur district was killed in a tiger attack, a Forest Development Corporation of Maharashtra official said on Sunday.

He identified the deceased as Dinkar Thengre (55) and said compensation would be provided as per government norms, with Rs 25,000 given upfront.

“We have set up six camera traps to trace the tiger,” he added.

It is the 17th incident in Chandrapur this year where a person has been killed by a big cat, officials said.

While 16 involved tigers, one attack was by a leopard. PTI