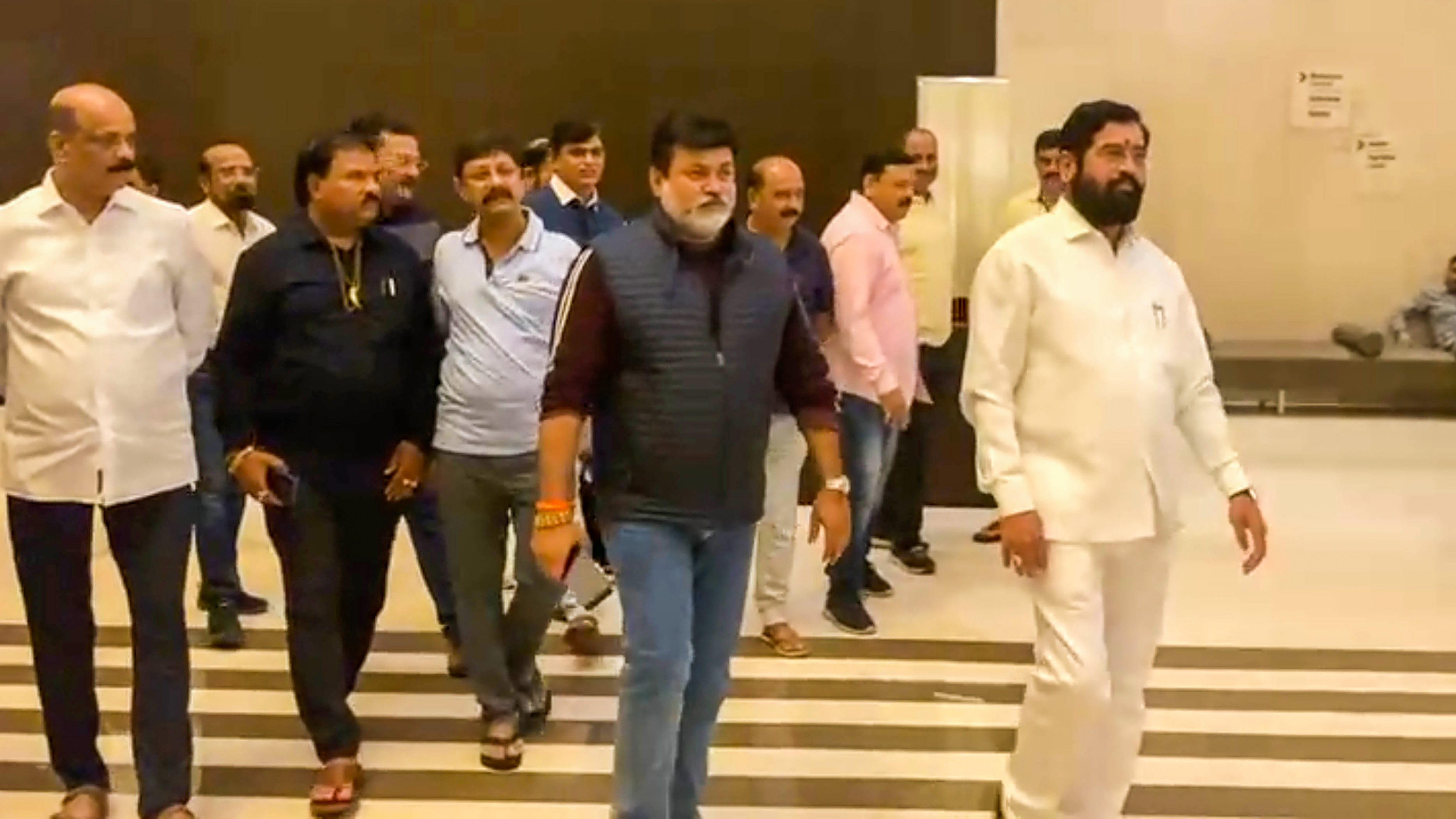 Eknath Shinde and other rebel Sena leaders in Guwahati. PTI

After getting relief from the Supreme Court, the Eknath Shinde camp is expecting one more MLA to arrive in Guwahati.

Sources say the rebels led by Shiv Sena leader Shinde are hoping that Chief Minister Uddhav Thackeray will resign on his own.

Keeping in mind the legal technicalities involved, they do not want to make any move that may be challenged legally, sources say.

All eyes are now on Governor Bhagat Singh Koshiyari amid reports of the CM clearing files in “haste”.

The BJP has asked its MLAs to stay put in Mumbai as the political uncertainty in Maharashtra entered its eighth day on Tuesday.

The saffron party is yet to officially show interest in government-formation in the state but has been holding a series of meetings.

Party leaders say the core team will decide after the parties in the government make a move.

In a major relief to the Shiv Sena MLAs led by Shinde, the Supreme Court on Monday kept in abeyance the disqualification proceedings before the Maharashtra deputy speaker till July 12 and sought responses to the pleas by the rebels questioning the legality of notices seeking their disqualification.

The court also refused to pass any interim order on the plea of the Maharashtra government that there should not be any floor test in the Assembly, saying they can always approach it in case of an illegality.

The Thackeray side now has four cabinet ministers -- the CM, his son Aaditya Thackeray, Anil Parab and Subhash Desai. Barring Aaditya, the other three are MLCs. Shinde’s portfolios have been given to Subhash Desai.

The rebels on Monday requested Thackeray to form a new alliance with the BJP and not shift the party away from Hindutva and its core ideology. The appeal was made by Deepak Kesarkar, spokesperson of the rebel group.