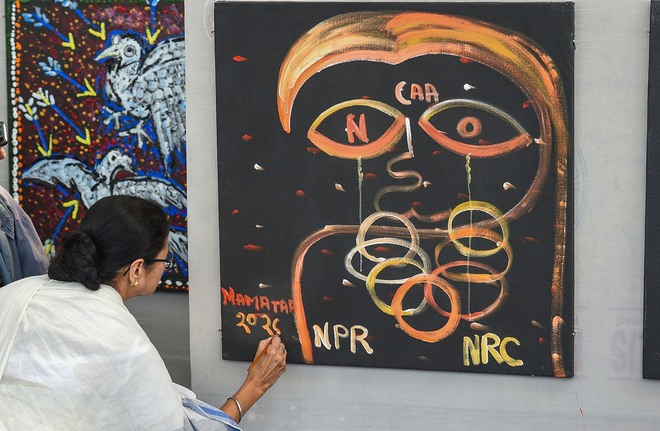 Bihar CM Nitish Kumar on Tuesday said his JD(U) would urge the BJP government at the Centre to drop columns pertaining to birthplace of parents in the National Population Register form since it had led to “apprehensions” among many.

Nitish, JD(U)’s national president who has been running a coalition government in the state with the BJP, said leaders of his party “in the Lok Sabha and Rajya Sabha” would make a request to the government to this effect “even though it is not mandatory to fill up these columns”.

He was talking to the media at his official residence here after a meeting of JD (U) parliamentarians, legislators and office-bearers. Disgruntled leaders like national vice-president Prashant Kishor and general secretary Pavan Varma were absent.

Nitish acknowledged that the Citizenship (Amendment) Act had led to “unrest” across the country but hoped the misgivings would be addressed by the Supreme Court. He voiced disapproval of the inflammatory comments made by Sharjeel Imam, pointed out “whoever transgresses law, will face action accordingly. Talks of disintegration of the country are never acceptable”

In an apparent reference to states coming out with resolutions in respective legislatures against the CAA, Nitish, whose party had voted in favour of the Bill in Parliament, said the matter came under the jurisdiction of the Centre.

BJD in sync with JD-U, to object in parliament

Bhubaneswar: Odisha’s ruling BJD will object in Parliament to the provision seeking information about birthplace of parents of individuals for updating the NPR and also demand mention of caste belonging to OBCs in the 2021 census. These decisions were taken at the BJD parliamentary party meeting, chaired by its president and Chief Minister Naveen Patnaik. PTI