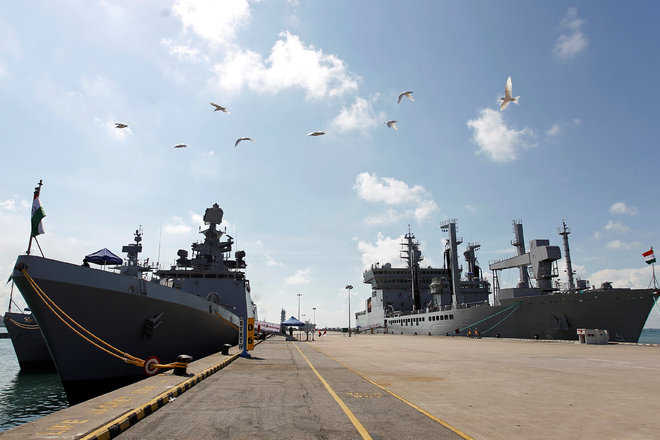 With Australia deciding to rejoin the Malabar exercises to make the affair a quadrilateral engagement of the Navies of India, the United States, Japan, this year once again rekindled the debate over militarisation of the Quad.

In 2007, Navies of these four countries plus Singapore was associated in a joint exercise in the Bay of Bengal leading to China raising the red flag over the purpose of such an engagement. Subsequently, Australia withdrew only to renew its request to be back in the fold some three years ago, at least as an observer.

The decision to extend invitation by New Delhi and acceptance by Canberra comes in the backdrop of the altering geo-political landscape in the region. It acquired an urgent undertone since this summer after China and India militaries are in a state of standoff in Ladakh.

In was during 2017 when leaders of all four countries decided to renew Quad, first at the level of officials and then at the Ministerial level, with the latest at Tokyo earlier this month. The October 6 meeting was the first stand-alone engagement unlike the previous one held on the sidelines of a multilateral event.

The broad areas of convergence arrived at are on Covid19 response and recovery, Regional Security and Maritime issues, Counterterrorism, Supply Chains, Humanitarian Assistance and Disaster Relief, Cyber Security and ASEAN-led architecture in Indo-Pacific.

Now, with the Navies of all four countries working together it will be a demonstration of what the power of quadrupling can do in the Indo-Pacific region, a characterisation of the region that Beijing loathes. Previously, Chinese strategic commentators sought to dismiss Quad as an “Asian NATO” or as Chinese Foreign Minister Wang Yi said at Kuala Lumpur on October 13 as “Indo-Pacific-NATO”.

Wang was quoted as having said Quad pursues to “trumpet the Cold War mentality and stir up confrontation” among different groups and blocs to stir geopolitical competition and maintains dominance of the US. “In this sense, this strategy is itself a big underlying security risk. If it is forced forward, it will wind back the clock of history.”

That India plays a critical role in first the revival and then pushing forward the Quad architecture in military terms can be by the sudden turn of attention to the news since Monday.

It was once said when India and China shake hands, the world watches. Now with New Delhi deciding to lend its weight with other regional powers, it is Beijing’s turn to keep a close tab.

Incidentally, the Navies of India, Japan and Australia today have many platforms of US origin allowing greater interoperability and share military practices in pursuit of larger objective of a free, open and inclusive Indo-Pacific.