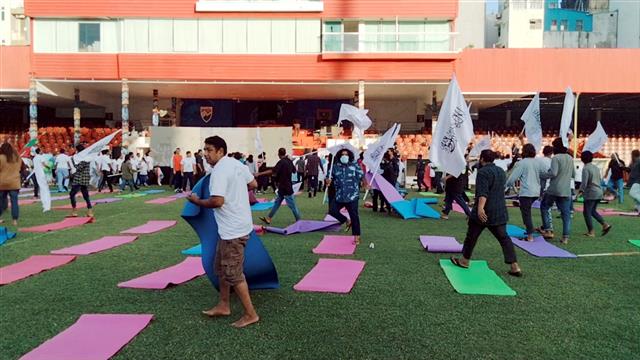 The Maldives government has charged 38 persons on various grounds, including terrorism, for storming and disrupting the International Yoga Day celebration organised by the Indian Cultural Centre in Male in June.

A mob had stormed the national stadium in Male on June 21, scuffled with participants and vandalised property before they were dispersed. Co-sponsored by the Indian Cultural Centre, the Yoga Day event was attended by then Indian envoy Munu Mahawar and prominent citizens of Maldives.

Maldives President Ibu Solih had condemned the disruption and assured that those responsible would be “swiftly brought before the law”. However, it was over three months after the incident and in the wake of the Foreign Secretary’s visit to the Maldives that the charges were filed.