Accompanied by thousands of supporters, Banerjee set off on the protest march from Darjeeling More around 2 pm 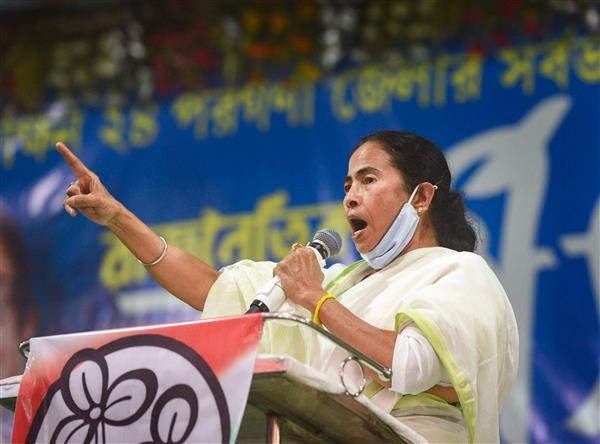 West Bengal Chief Minister Mamata Banerjee led a ‘padayatra’ here on Sunday to protest against the steep hike in the price of LPG cylinders.

As Prime Minister Narendra Modi addressed a rally in Kolkata ahead of state Assembly polls, Banerjee accompanied by thousands of supporters, set off on the protest march from Darjeeling More around 2 pm.

Many were seen holding red-coloured cardboard replicas of LPG cylinders at the ‘yatra’, which was led by the TMC supremo, and joined by her ministerial colleague Chandrima Bhattacharya, and party MPs Mimi Chakraborty and Nusrat Jahan.

Claiming that LPG cylinders would soon be beyond the reach of common man, the CM had said on Saturday that massive demonstrations should be held to “make our voices heard”.

Bhattacharya said that the rally has been organised ahead of International Women’s Day, and scores of women on Sunday have extended their support to the rally. PTI